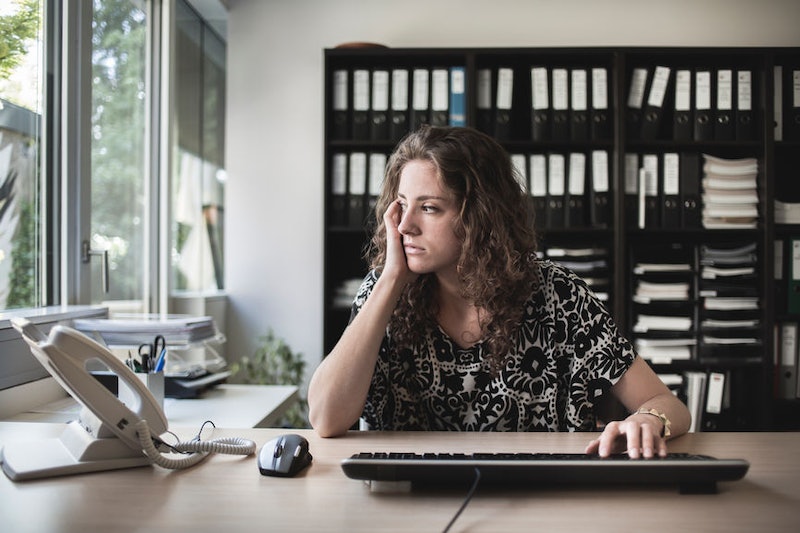 Technology is absolutely the biggest frenemy contemporary society has. Yes, it makes our lives easier in so many ways, but my god does it make it harder as well. Yes, the internet can basically be a horrible place full of evil, but golly gosh don't we all rely on it? A sad reality is that cyberbullying is now, and has been for a long time, very much a "thing". As is cyberbullying in the workplace.

Yikes. The sad reality is, that cyberbullying is not just something that is affecting the younger generations, and those still in school/uni. Oh no, some people firmly remain d-bags well into adulthood, taking their insecurities out on others. And instead of plain old unpleasant interpersonal harassment and confrontation, it has moved from the work place to social networking sites, emails, and text messages. Yes, there really are infinite ways for those involved to make people's lives harder.

As time goes on, more and more studies are being carried out on the phenomenon, as well as legal, and support measures needing to be put into place.

Cyberbullying is defined by Bullying UK as:

"Any form of bullying which takes place online or through smartphones and tablets. Social networking sites, messaging apps, gaming sites and chat rooms such as Facebook, XBox Live, Instagram, YouTube, Snapchat and other chat rooms can be great fun and a positive experience."

Now, a lot of the above mentioned things may not seem that relevant to an adult, in a professional environment. However sadly, it seems the unavoidable digital communication that people are expected to have 100 percent of the time in their professional lives means it is inescapable.

What Is Cyberbulling In The Workplace?

According to another cyberbullying charity, The Cybersmile Foundation, the issue is huge and you might not even realise that you are a part of it. Dan Raisbeck, co-founder of the charity spoke to the Guardian:

"Adult cyberbullying in the workplace can be more subtle, but is equally distressing. The outcomes are often the same — to humiliate, undermine and distress the person being targeted."

Victims of bullying are often told to get over it and be tough. That it is a part of the process. However with issues of presenteeism, people being constantly contactable via work emails, and work phones — bullying in the workplace is impossible to escape from.

What Constitutes Bullying In The Workplace?

Being ritually humiliated, gossiped about, ignored, spoken over, or receiving aggressive messages/emails. Basically all the stuff which anyone in a professional environment has probably experienced at least once.

What Are The Stats?

Well, despite the rise of this issue, there has actually been remarkably few studies on the matter. However, according to a 2012 survey conducted by Dr Christine Sprigg, Dr Carolyn Axtell, and Sam Farley at the University Of Sheffield, and Dr Iain Coyne at Nottingham University, eight out of ten of the respondents felt they had been the victims of cyberbullying.

The study, aptly called Punched From The Screen: Workplace Cyberbullying, found that with the advance of mobile technologies and web technologies, it is likely that cyberbullying is set to become an even wider issue.

What Can You Do If You Feel Cyberbullied At Work?

Sadly a lot of the bullying is often done by senior members of staff, meaning you may feel powerless. You absolutely are not.

Very Well Mind gives an excellent list of 11 actions to deal with it. These include keeping record of abuse, to try and keep calm in spite of the behaviour, to report the harassment to a senior member of staff or HR, and if necessary the police.

Of course the main thing we can all do is be conscious of behaviour. You might not even realise your behaviour is making a colleague miserable. It is the responsibility of businesses and employers to educate their staff how to respect each other. And if in doubt, treat others as you would like to be treated.