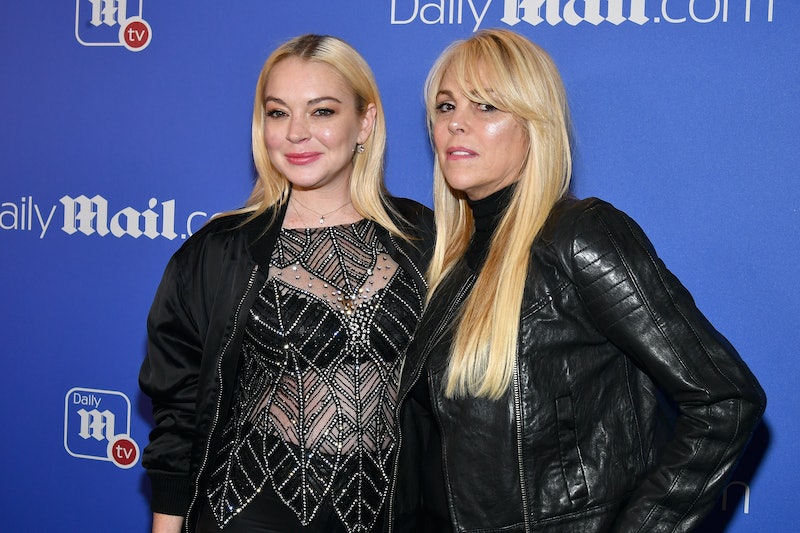 Celebrity Big Brother returns for a second season Jan. 21, promising all the scheming and betrayal Big Brother is known for, but with a lot more famous faces. One of the biggest names in the 2019 cast is none other than Dina Lohan, mom to child star turned beach club owner Lindsay Lohan. Lindsay has re-entered the spotlight recently with roles in shows like Sick Note and her newly launched reality series, Lindsay Lohan's Beach Club, but what is Dina Lohan doing in 2019?

Last year proved challenging for the Lohan matriarch. According to documents obtained by The Blast, Dina filed for bankruptcy and owes around $1.7 million in debt. All this occurred just a few months after her house was lost to foreclosure. Her home, where Lindsay grew up, was scheduled to be auctioned off, but per People, the filing prevented the auction from taking place for the time being.

But while 2018 brought about some tough times for Dina, it appears as though she's starting 2019 on a more positive note — beginning with her appearance on Celebrity Big Brother, but extending to other aspects of her life as well.

She's Been Celebrating Her Family

While Dina may be most well-known for being Lindsay's mom, she dedicated one of her final pre-Big Brother days to celebrating her own mother's 95th birthday. "Happy Birthday to this angel who gave me life," she wrote on Instagram. "I love you mom."

And Supporting Her Kids

In addition to frequently posting about Lindsay's accomplishments, Dina has been supporting her other kids' careers too. Her younger daughter, Aliana, is pursuing a career in music, and Dina recently celebrated an opening gig she had with Robin Thicke in New York City. She's also been posting about her son Dakota's modeling work, and frequently posts Instagram photos of her kids together. "YSL my two babies so blessed," she captioned a snapshot of Lindsay and Dakota. "#tbt My two talented Angels," she wrote alongside a throwback pic of Lindsay and Aliana.

After such a tumultuous year, it's no wonder that Dina would dedicate some of her Instagram feed to staying positive and keeping your head up. Whether encouraging people to step away from their screens or to live fearlessly, Dina has been sharing tons of inspirational and motivating quotes with her followers.

Reality television, and celebrity-centric reality television in particular, is a genre built on comeback narratives. And there are few people on Celebrity Big Brother Season 2 who are more suited to a redemption story than Dina and, by extension, the entire Lohan family. Only time will tell if 2019 will be their year, but no matter what happens it seems that the very thing that made Dina famous — her family — will be there with her through whatever obstacles arise, and you can bet they'll be rooting for her to go far on the show.