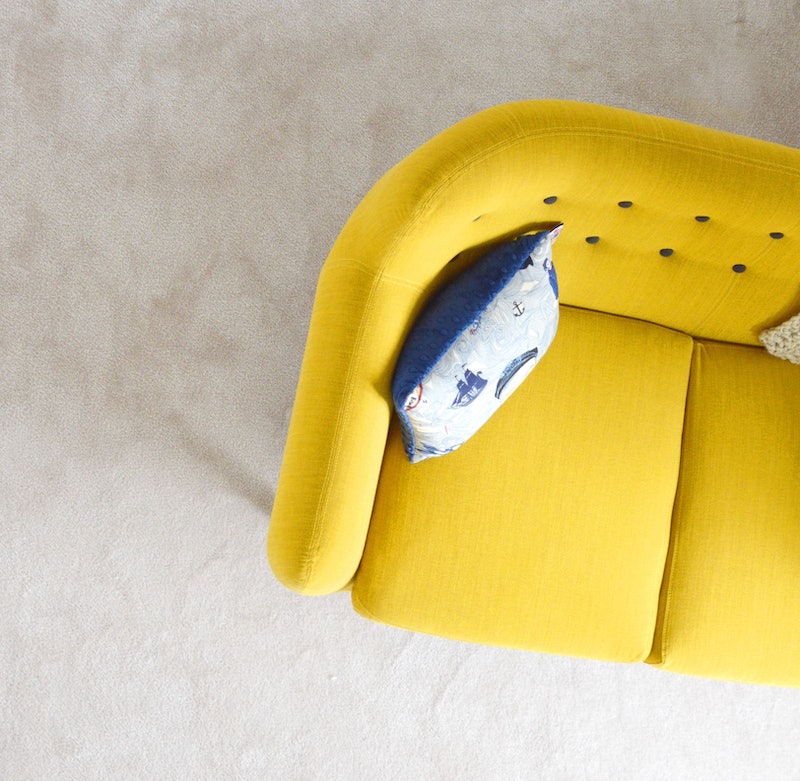 (Realize that I say this as an older millennial. I am not quite an “xennial” — I missed that boat by about two years — but as far as millennials go? Let’s just say that I have a hard time relating to those who were born on the latter end of the generally-accepted 1982-to-2004 birth year range, because I am literally 15 to 20 years older than them.)

(I point this out because it seems somewhat laughable to me to call a generation that includes members who are still, at this point in time, 13 years old dinosaurs.)

HelloGiggles recently got in touch with Behr Paint color expert Erika Woelfel, who gave them the lowdown on the upcoming color trends we can expect to see in the near future. Among these are lilac — a “newer, bluer version of the blush we’ve been seeing everywhere for the past two years” which will appeal to those who “appreciated the soft femininity of millennial pink,” according to Woelfel — and the aforementioned “Gen Z yellow,” an informal name for a shade that imparts “a strong sense of energy and positivity,” said Woelfel. “Gen Z is growing up — or, as they might say, ‘glowing up,’” she added. “In contrast to millennials’ nostalgic pink, yellow represents vitality and ambition, traits we’re seeing in this upcoming generation of tastemakers.”

Gen Z comprises the post-millennial cohort; although the actual name has been up for debate for some time, the one that we seem to hear the most is Gen Z, so I’m betting that will be the one that sticks. The birth years of Gen Z members seem to be similarly unclear — since millennials are typically defined as covering 1982 through 2004, it would stand to reason that Gen Z covers from 2005 onward; however, I’ve seen Gen Z’s start date listed as early as 1995, so honestly, who knows. In any event, Gen Z is the generation that follows millennials, so yeah, calling them the “upcoming generation of tastemakers” sounds about right.

For what it’s worth, we actually started hearing about Gen Z yellow over the summer; Man Repeller coined the term, discussing it mostly in terms of fashion, but with some solid general analysis, too. Millennial pink, wrote Haley Nahman, was appealing for being “a color with ‘girly-girl’baggage … re-imagined as a symbol of feminism and resistance,” it quickly became too “ubiquitous” and “predictable.” Yellow, however, can be seen as “a bright, sobering respite from the barrage of over-saccharine bubblegum.”

In terms of color psychology — the study of how colors affect human behavior — yellow is bright and warm and can inspire happiness, laughter, cheerfulness, and optimism; pink, meanwhile, is a more calming shade, inspiring love, romance, and gentleness. However, there’s a flipside to both colors, as well: Yellow can also create feelings of frustration and anger, while pink might prompt agitation. What’s more, yellow can be a little tough on your vision; in large quantities and in certain shades, it can fatigue and strain your eyes. The moral of the story: If you’re planning to get in on the Gen Z yellow trend, choose your shades wisely.

This, of course, prompts the question: Exactly what color is “Gen Z yellow?” The answer is more orless, “Whatever you want it to be, as long as it’s a shade of yellow.” Haley Nahman noted over at Man Repeller that, similarly to millennial pink, Gen Z yellow isn’t limited to one specific shade; it encompasses a whole range of shades, “from buttercream to melted butter and beyond.” Indeed, at Architectural Digest, Meghan Nesmith once called millennial pink “more the idea of a color than anything else”; the same, therefore, seems to be true of Gen Z yellow.

Here are a few ways to get some Gen Z yellow into your life, whether or not you are actually a part of Gen Z: