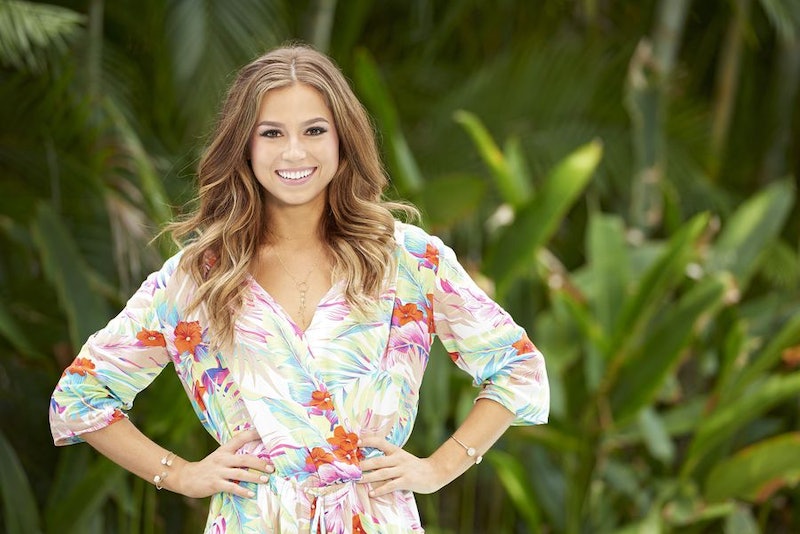 Dean Unglert and Kristina Schulman were one of the first romantic bonds to form on Bachelor in Paradise Season 4. As the season continued on, their relationship became a love triangle between Dean, Kristina, and Danielle Lombard. But what Kristina is doing after Bachelor in Paradise is living her best life — which doesn't necessarily involve Deanie Baby (his self-proclaimed nickname). Judging by her social media posts, Kristina is enjoying life to the fullest — with or without Dean in her life. Since Season 4 is still airing, so there's no Instagram evidence of how the love triangle resolved itself just yet, but it doesn't sound likely that Kristina and Danielle L. emerged as friends, based on recent interviews.

Dean captured many hearts during his courtship of Rachel on The Bachelorette and he seemed to have a strong connection with Kristina on Bachelor in Paradise. Kristina and Dean even talked about how they spent time together travel during Bachelor in Paradise's shutdown in June. Once they returned to Mexico, they began to have some communication issues and then Dean started showing interest in newcomer Danielle L. Dean has told the media that he did find love in Paradise, but didn't specify if it was with Kristina, Danielle, or with someone else.

Either way, Kristina's social media accounts show that Kristina has been living her best life after Bachelor in Paradise Season 4.

She has posted photos from her travels to Chicago and Los Angeles (which included a visit to Vanderpump Rules' Pump Restaurant). Kristina met her adorable baby nephew, went to Jade Roper's baby shower, and attended her friends' wedding in wine country.

Like many Bachelor franchise alums, Kristina has been hanging out with her fellow former contestants.

Kristina was all smiles in photos with Danielle M. tagged in Nashville, Tennessee. She also traveled to Dallas, Texas, for the first time, where she check out some art as a tourist and celebrated the Bachelorette engagement of Bryan Abasolo and Rachel Lindsay.

"Excited to see what the future holds for you lovebirds," Kristina wrote in her caption to an Instagram photo of the festivities, which also included Sarah Vendal and Jasmine Goode.

As Bachelor in Paradise Season 4 has been airing on ABC, Kristina has watched and tweeted along on Twitter. Her commentary has included airing her frustrations about Dean's indecisiveness, reminiscing about Carly Waddell and Evan Bass' wedding, and giving her compliments to Paradise bartender, Wells Adams.

I mean, she has been definitely not shy about letting Dean know how she feels post-show.

So, it sounds like Dean and Kristina's relationship didn't end up in an engagement. Or did it? As fans know, anything is possible when it comes to couples on Bachelor in Paradise and these two could surprise us all.

From what is currently visible on Kristina's social media, though, she can have a great time with or without Deanie Baby in the pictures.