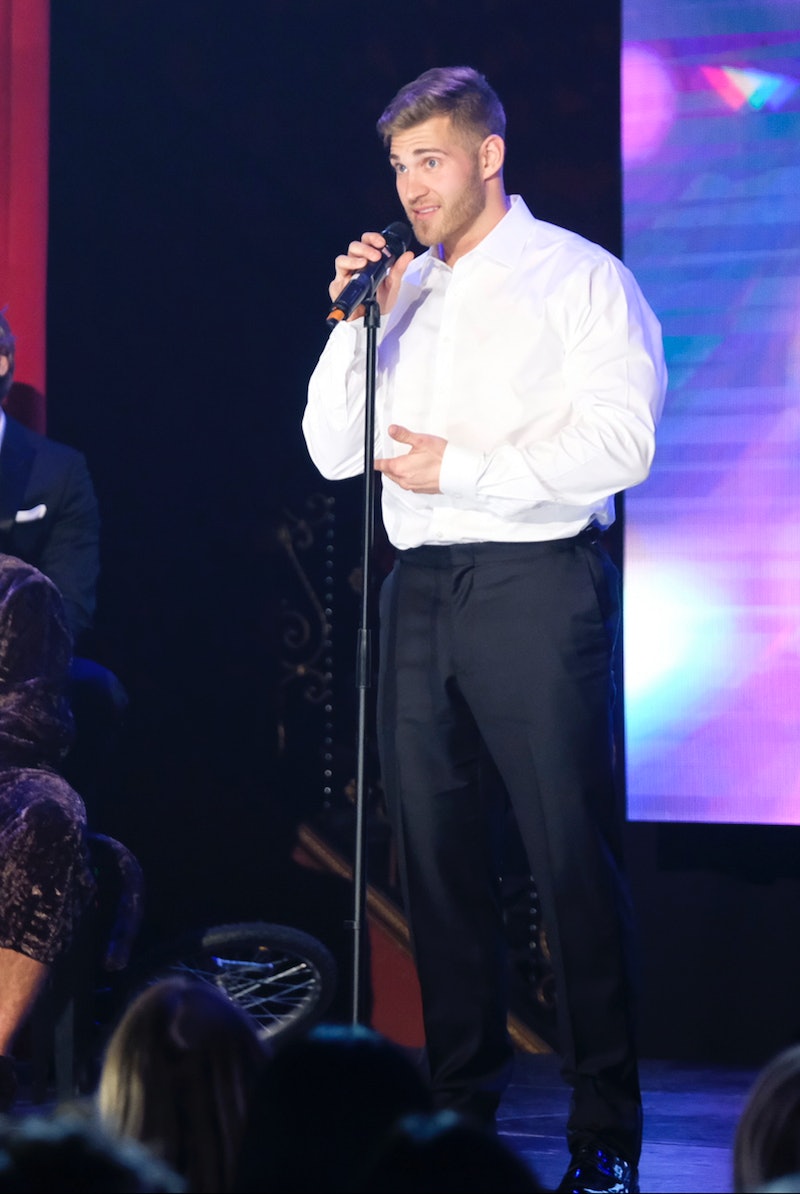 We're only a few weeks into Hannah B.'s Bachelorette season, but Luke P. is already walking on thin ice. He has officially established a bad rep with the rest of the guys, and Hannah B. is having second thoughts about their relationship. But in real time, Luke P.'s life after The Bachelorette has pretty much returned to normal — at least by the looks of his Instagram.

Just like before he stepped into the Bachelorette mansion, Luke is spending a lot of time working on his fitness. That New England rugby match during Week 3 showed that he has more strength than he knows what to do with (besides— err — body slamming Luke S.), but, he says working out is his therapy.

"CrossFit is my getaway... what's yours?" he captioned a May 18 Instagram photo of him dead-lifting at Training Think Tank near his hometown of Gainesville, Georgia. So it looks like he has returned to his old stomping grounds.

Luke is also enjoying the summer sun with his family, including his baby niece, Kennedy. On May 21, he posted a few photos of him setting up and playing in a watermelon-shaped kiddie pool with her. "The things I do for my niece," he wrote.

Luke spent his Memorial Day weekend — you guessed it! — exercising. For the second year in a row, he completed The Murph Challenge. "The MURPH Challenge was created in 2014 in honor of Lt. Michael P Murphy, a Navy Seal and recipient of the Medal of Honor for his distinguished acts of valor during the war in Afghanistan," Luke wrote on Instagram. "Lt. Murphy was killed in action in 2005, but his legacy lives on through the Murph Challenge. The Challenge is a way to remember what Memorial Day is truly about. Murph is more than just a workout, it is a tradition that helps push us, humble us, and dedicate a bit of pain and sweat to honor a man that gave everything he had."

The intense workout consisted of a one mile run, followed by 100 pull-ups, 200 push-ups, and 300 air squats, finished by another one mile run. Oh, and he did it all while wearing a 20 pound vest and military boots. Last year, he did the whole set in 58 minutes. This year, after doing a year of CrossFit training, he completed it in 44 minutes.

In between workouts, Luke has also taken some time to publicly acknowledge his behavior on The Bachelorette, writing that it's been hard for him to watch himself and that he's using it as an opportunity to grow.

Other than, Luke has been laying pretty low on social media, but he did do a question and answer session on his stories which revealed that he likes soft tacos with guacamole and pico de gallo, prefers Chick Fil A over Popeyes chicken, and his favorite froyo toppings are chocolate chunks and strawberries. When one follower asked why he confessed his love for Hannah so early on the show, he clarified, "I didn't say 'I love you.' I told her I was starting to fall in love with her, which simply means I was heading in that direction."

Now that their relationship has taken a sharp turn, how Luke P. feels now isn't so clear, but he seems to be doing well post-filming either way.