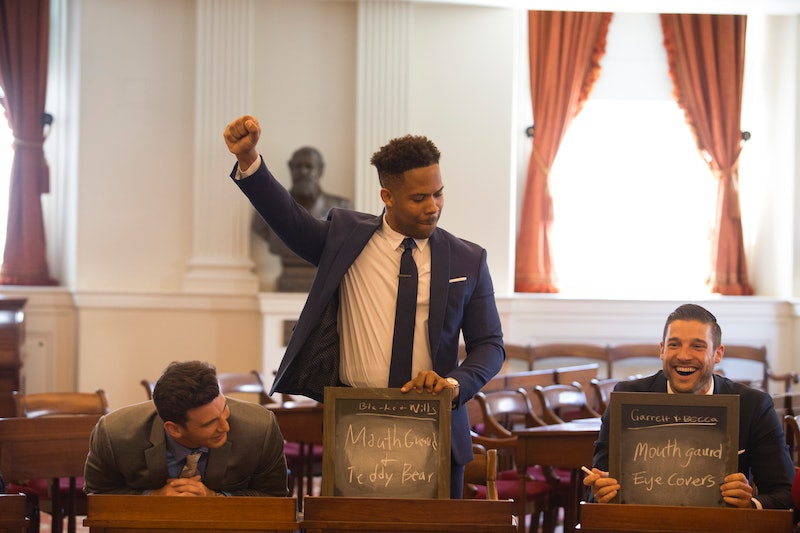 Wills has become a fan favorite on Becca's season of The Bachelorette after showcasing his composure in the face of conflict, his heartwarming relationship with Becca, and his ability to make pulling off a plaid suit look easy. Those hoping to catch a spoiler by looking up what Wills is doing after The Bachelorette shouldn't be surprised to find no comment about whether or not his relationship with Becca continues after the show — the franchise would hardly let itself be spoiled that easily — but it doesn't take long to find that he enjoyed some of his time on The Bachelorette, and spends the rest of his time poking fun at it.

Wills' social media presence is limited, but telling. He seems to be very invested in sports, as evidenced by his retweeting of several tweets about LeBron James joining the Los Angeles Lakers, and he plays soccer in a league in his spare time. He's also been shouting out Florence + The Machine and attending professional video game tournaments, specifically of the popular shooter game Fortnite. But the most visible things that Wills has done since appearing on The Bachelorette has been making fun of his own season alongside other Bachelorette alums.

Wills has been appearing in a Bachelorette comedy-recap webseries called Bad Chiller, which is the creation of former Bachelorette stars Nick Viall, Jared Haibon, and Dean Unglert. The show has been recapping notable moments throughout the season, with Viall wearing a wig to play the role of Becca. The show seems to be a continuation of Viall and Unglert's parody of Arie and Becca's breakup that they premiered following the finale of The Bachelor. The series stars the trio playing multiple characters, until a familiar face appears in episode five. While recapping Wills' brief confrontation with Chris, Wills appears to play himself as Haibon plays the role of Chris. Wills, sporting a much different haircut than the one he was seen with on The Bachelorette, also appears in the sixth episode of the webseries, which parodies the ill-fated debate that led to a confrontation between Chris and many of the other suitors.

While Wills' involvement with Bad Chiller has no indication of whether or not Wills succeeded in finding love on The Bachelorette, it's unlikely he'd be parodying a television show that resulted in him getting engaged at the end of it, if only because he'd probably be plenty busy with his new fiancée after the show. Bachelorette fans have yet to see the end of Wills' story on the season, but while it's not known whether or not Wills is the winner, it's clear that Wills has both a sense of humor about his time on the show, and some bones to pick with how some of the other suitors (mainly Chris) acted during their shared time on the show.

The future of Wills' journey through Bachelor Nation is still unclear – he could end up with Becca, or he could end up being the next Bachelor. He's also been retweeting shots from the upcoming season of Bachelor In Paradise, so he could be looking for love in Paradise, or he could be done with the franchise after his time on Becca's season. While it's possible that Wills is done with the series, the fact that his social media presence is almost exclusively throwback images to the filming of The Bachelorette and retweets of Bachelorette opinions – usually opinions that favor Wills – indicates that the real love story of the season is not that of Becca and Wills, but of Wills and The Bachelor franchise. Wills may be back on the soccer field following The Bachelorette, but chances are he's not done with the franchise yet – even if it's just as a fan.