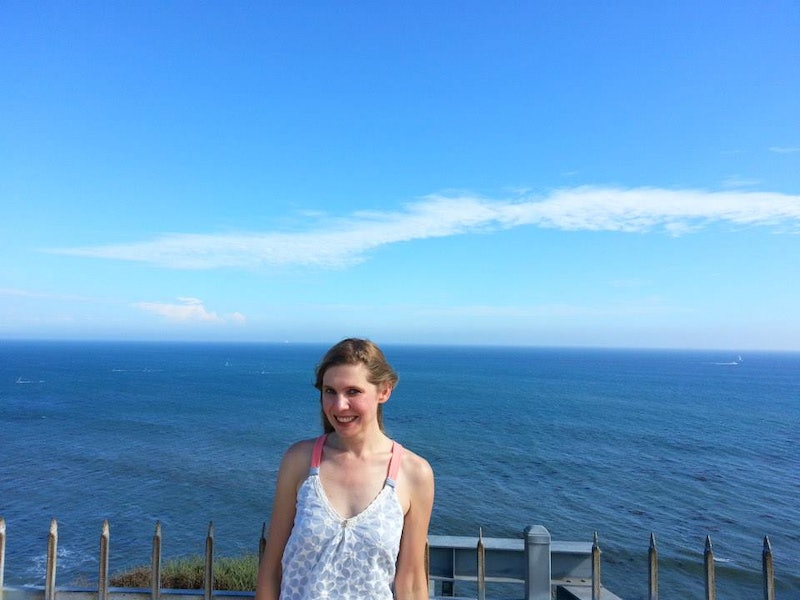 I've done it, and you've probably done it, too — started dating again way too soon. And, in doing so, I learned what it's really like to use dating apps when you're newly single. After all, just think about it. You're devastated (or at least somewhat sad), vulnerable, and why not seek some attention online and through apps? It's easy, and most are free, so…

But it may not be the best idea.

"Don't just jump into something because you don't want to be alone or you want to prove something to your ex," Pella Schafer Weisman, licensed psychotherapist and dating coach, tells Bustle. "Those are not the right reasons to date or use dating apps, and you can end up hurting others in the process. If you need some time to lick your wounds and regroup — take it. The world of dating will still be there when you are ready, and you'll be in a much better place to take advantage of it!"

That said, here's what it's really like to use dating apps when you're newly single. Though it can seem like a good idea, the reality is a lot different than you may think.

By logging back into my dating apps too soon, I found myself swiping left a lot. Anything someone wrote in their profile that reminded me of my ex or was the least bit unimpressive, SWIPE LEFT. Or if one picture seemed like it was trying too hard, LEFT. Had it been a few months later, perhaps I would have known that that sentence in his bio or that one picture was a joke. But I was on high-alert post-breakup, so my swiping suffered as a result. Yes, it's good to be selective, but I'd say I was more so than usual.

OK, even though I was swiping left a lot, I still did swipe right. And, yes, getting matches is a nice ego boost — even when you realize a few message later that you two would probably not make a good match. But when you no longer have your significant other in your life, it’s sometimes nice to have some compliments and nice messages — even from complete strangers — versus none.

Even though you may know in your head that it's too soon to date, you log back into your apps anyway. You may tell yourself: "What's the harm, right? It's not like I have to go out with anyone — I'll just see what's out there." Or maybe a friend of yours met someone soon after a breakup and now they’re engaged. Yes, it’s different for everyone, but in logging back into my apps too soon, I realized my dating motivations were different. Since I was not yet over my last relationship, being on the apps wasn't about getting a message from THE guy but ANY guy. Like I said above, attention is nice when you suddenly don’t have it from your significant other anymore, right? But, I realized it wasn't the right kind of attention, and was fleeting, at most. And, when it comes to actually meeting the person IRL, you don't really want to. (Bad sign.) Or, you do, but your heart just isn't in it (also a bad sign).

"If you do decide to jump back into dating, make sure that you are being honest with yourself (and others) about your current needs and availability," Schafer Weisman says. "If you just want something casual, be honest about that. If you need to take things slow, let your dates know that." Exactly!

One of the app guys (for lack of a better term) became a boyfriend. I thought he was a lot like my ex — the best parts, of course — but it turned out he wasn’t. I also realized I constantly compared them in my head, which wasn’t fair to anybody. So, I decided to delete my apps and also didn’t try to meet guys IRL either. Instead, I did #5.

When I got back on dating apps too soon, before my heart was fully healed again, I realized I was avoiding a big thing — getting to know myself better. After all, when you're part of a "we," it's easy for your hobbies and interests to fall to the wayside. But when you’re back to an "I," you discover all the things you love to do — and more! Right, I like spending all afternoon in a used bookstore! Right, I love taking day-long road trips along the Pacific Coast Highway! Oh, I didn’t know I liked going to this Self-Realization Fellowship Lake Shrine so much (pictured)! You get the idea.

"When you've just gotten out of a relationship, it's a great time to enjoy being single," Schafer Weisman says. "Also, take stock of who you are and what you are looking for, work through any feelings about your recently ended relationship, learn from it, and reinvest (or newly invest) in the relationships and activities you may have neglected while being in a relationship."

All in all, the biggest thing I learned was to not use dating apps when newly single. Because, that way, when I DID go back on the apps, I was more ready — not wondering what pic the ex posted on Instagram today or tearing up whenever I heard a song that reminded me of him. And once I was ready for the apps, I could be more present and swipe more intentionally. And dating intentionally is what it's all about, right?