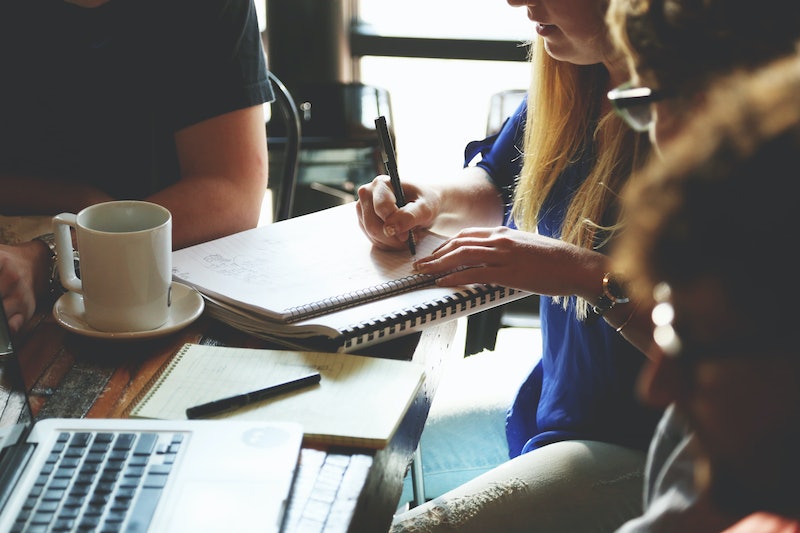 Despite a lot of research to the contrary, some still believe there are fewer women in STEM fields and professions because women are innately not as good at math or science. But yet another study suggests that's the wrong interpretation. Research published in Frontiers in Psychology has found that girls consider their math abilities lower than boys even when their test scores are the same.

Florida State University researchers surveyed students on their self-perceived math abilities from the 10th grade through two years after their high school graduations, asking them to rate their agreement with statements like "I'm certain I can understand the most difficult material presented in math texts" and "I'm confident I can understand the most complex material presented by my math teacher."

They found that boys' self-ratings were higher than girls', even when they had the exact same test scores. The difference was even wider among the top-performing students, among whom boys rated themselves 27 percent more competent. This appears to be a symptom of a more general problem: Men tend to have higher confidence than women in many areas of their lives, according to a study in the Journal of Personality and Social Psychology.

These differences in self-perception appeared to affect students' choices. Those with lower confidence in their abilities were less likely to pursue "physical science, engineering, mathematics, and computer science" (PEMC) fields. 14.9 percent of men but only 4.7 percent of women picked such college majors. The study's authors argue that this difference in confidence — not any difference in ability — can explain the gender gap in STEM. The most confident girls had triple the chances of picking a PEMC major compared to the least confident ones.

"The argument continues to be made that gender differences in the 'hard' sciences is all about ability," lead author Lara Perez-Felkner, assistant professor of higher education and sociology in the College of Education, said in a press release. "But when we hold mathematics ability test scores constant, effectively taking it out of the equation, we see boys still rate their ability higher, and girls rate their ability lower."

The confidence gap has far-reaching consequences: It can influence what students study in high school, then what they study in college, and then what careers they have, which in turn influences their pay and contribute to the wage gap.

Another interesting finding was that more boys than girls believed math skills were something you can improve. Girls were more likely to say you're either born with this talent or lack it. This could also have tremendous implications for the STEM gender gap. A study in Science found that the more a field is considered to require innate intelligence, the less likely women and minorities are to go into it.

Girls aren't getting this lower confidence from nowhere. The media depictions and role models they see in STEM fields are predominantly male, and unconscious gender bias can lead us to treat girls as if they're less competent in these subjects. So, the new findings go to show how important it is for parents, teachers, and other authority figures to encourage girls' interest in STEM subjects and let them know they're doing well. This could have a major influence on their careers down the line.