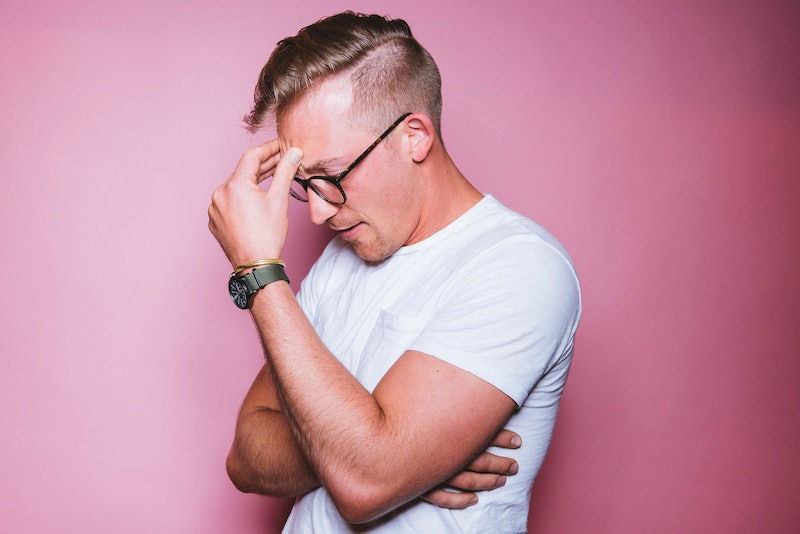 Consent is often a topic primarily discussed with people who identify as women, likely due to the mistaken belief that a) only women are sexually assaulted or harassed and b) it's primarily the potential victims' responsibility to learn about and prevent sexual misconduct. But since both these things are false, sex education for men is just as important. While we're still in dire need of more resources for those who identify as men looking to practice good consent, writer and sex educator Inti Chavez Perez's new book RESPECT: Everything a Guy Needs to Know About Sex, Love, and Consent is a great start. It includes a wide range of things young men should know about sex and relationships, including how to practice consent.

"Consent is an inseparable part of good sex," Chavez Perez tells Bustle. "Unfortunately, our culture downplays consent through its representations of sex. Millennia of gender inequality in our society have shaped our views, and as a result, sex is often portrayed as a power struggle. I teach guys a different perspective on sex: good sex is all about communication. I believe we need a shift in our views on sexuality in this direction, because it will make everyone’s' sex lives better and it will diminish the amount of sexual violence committed by men."

Here are some key lessons from the book that will help men (and everyone) better respect others' boundaries as well as their own.