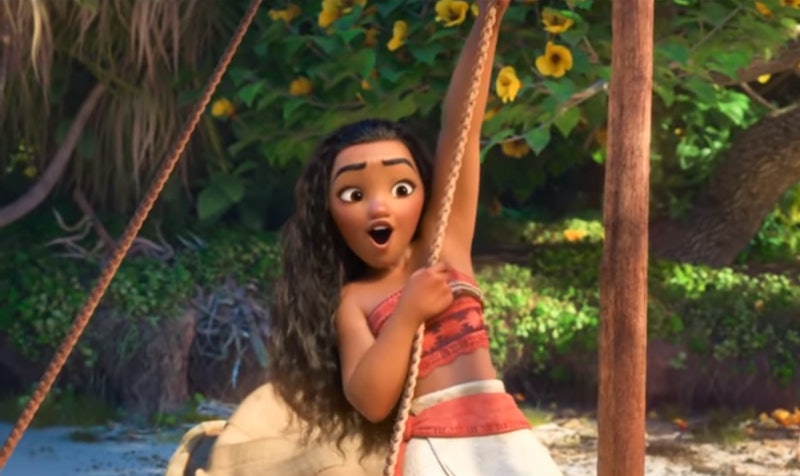 Don't weep for the Disney, Marvel, and LucasFilms you'll soon be losing from Netflix, Disney devotees. Instead, get psyched for what you're about to gain with the studio's official streaming service. If you're wondering what movies Disney's streaming service will have, a Deadline interview with the company's CEO, Bob Iger, is here to offer an answer. While a complete list of offerings has not been made available, it's the clear that Disney's exclusive streaming service is preparing to launch big in 2019.

According to Deadline, the app will have "Disney’s film library of nearly 500 films, and 7,000 episodes from the TV library." Iger revealed that library will include Pixar, Star Wars, and all of the Marvel films. Basically, the new Disney app is being planned to be a hub for every property Disney owns — including sports, because yes, even ESPN is getting in on the action. But wait, it gets better.

It seems the fledgling service will be following Netflix's lead in more ways than one. Iger is already announcing plans to get into the originals game by producing exclusive movies and shows for the service. The CEO told Deadline that Disney's app will include four to five original movies. Additionally, it will roll out four to five exclusive TV series, as well as original short-form content. The studio is even hoping to make the streaming service a home for lower-budget releases that may not be big box office draws.

While this all sounds amazing, the launch of the streaming service is still a long ways off. That means Disney fans will have to wait and see just how much content the app ultimately offers up. It's clear that Iger has high hopes for the app, and there's no question about the quality of the Walt Disney library, but few streaming sites launch without a few hiccups.

For now, knowing that Disney is cooking up exclusives for their app is exciting news in itself. Having Iron Man, Moana, and Finding Dory all in one place is enticing, but knowing you won't have to wait for theatrical releases to make it to streaming service in order for the library to grow is even better. Disney is giving fans even more of an incentive to subscribe by offering up movies and TV shows that won't be available anywhere else.

If Disney can deliver on even half of their promises, then diehard fans are sure to be begging the studio to take their money when the app launches in 2019. Because honestly, who wants to miss out on the chance to watch new Disney content?

More like this
Here’s Everything Coming To & Leaving Netflix In February
By Jake Viswanath
Rupert Grint Just Shared A *Major* Update About Ron Weasley’s Future
By El Hunt
Twitter Is Overjoyed By Angela Bassett’s Record-Making Oscar Nomination
By Maxine Harrison
Anne Hathaway Shared A "Thrilling" 'Princess Diaries 3' Update
By Darshita Goyal
Get Even More From Bustle — Sign Up For The Newsletter
From hair trends to relationship advice, our daily newsletter has everything you need to sound like a person who’s on TikTok, even if you aren’t.