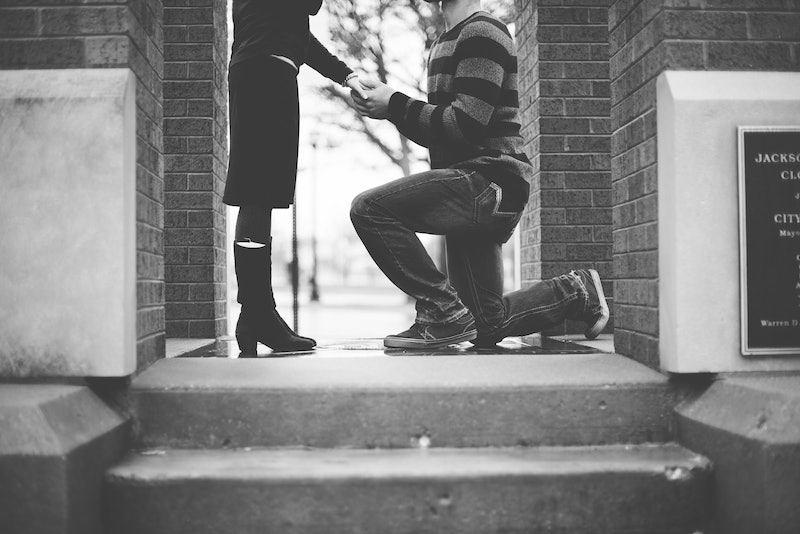 There truly is a national holiday for everything and proposals are no exception. Monday, March 20 is National Proposal Day, celebrating everything about the moment you decide to be a "we" forever. In honor of the day, British dating website Whichdate.co.uk surveyed 1,233 married or divorced women in the UK on how they felt about their proposal. Broken down into the different parts of a proposal, participants were asked if they were happy with the proposal, pleased with the ring, the biggest proposal faux pas, and if they would post it on social media.

Relationship details or the women's sexual orientation weren't clarified, but these seem to be mostly hetero couples where the man is proposing to a woman. It's important to note that there are so many different ways proposals go down today, including a woman proposing to her boyfriend or girlfriend.

For anyone scared of letting down their significant other, you will be happy to hear that at 67 percent, most woman were satisfied with their proposal. An even greater number, 84 percent, were pleased with the ring. Take note though-of that 84 percent almost half of couples had picked out the ring together. A surefire way to ensure you've made the right choice.

Want to know more about what other women want on that special day? Read on to hear what else women want from their proposals.