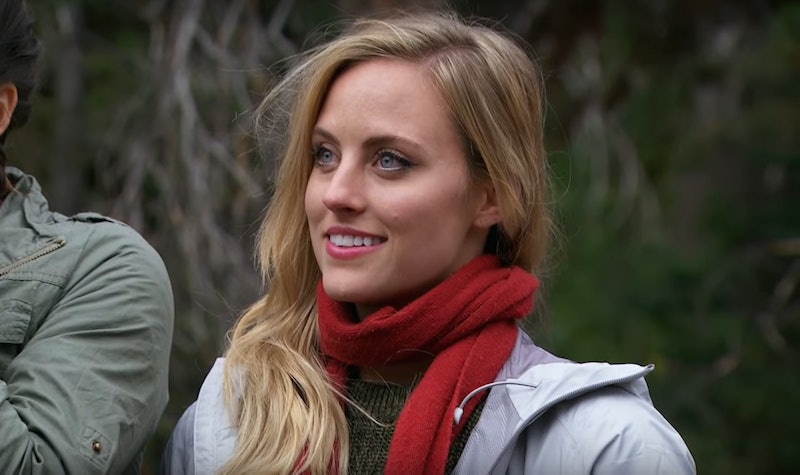 At the rose ceremony after the hometown dates, Arie struggled between keeping the more-sure Tia or the free-spirit Kendall on The Bachelor. Arie followed his heart and kept Kendall for another week and she's now in the final three. Whether Arie chooses Kendall at the end isn't clear, but what Kendall from The Bachelor is doing now will still make her fans happy. Her presence on social media is totally in line with the mature, sensitive, and interesting persona that she presents on The Bachelor and so even if Arie sends her home during the Feb. 26 episode, she should be just fine. According to her social media, she's continuing to live her fun and taxidermy-filled life in California after The Bachelor.

If you love Kendall on The Bachelor, then perhaps the most important thing to know about her life after the show is that she is pretty responsive to her fans on social media. So if you have a question or a kind word to throw her way, comment on her Twitter or Instagram and she just may respond. Her social media is on point in other ways too — like how she posted sweet photos of her with two of her friends for Valentine's Day. While that could be a sign that she's not with Arie, it was a touching tribute to the women in her life who inspire her on the "day of love" (as she called it on her Twitter).

As for other clues about her relationship with Arie, Kendall admitted on Twitter on Feb. 21 that she was having "a bit of a hard day," so Bachelor fans can interpret what they want from that. But despite that one bad day, Kendall's social media is usually a beacon of positivity — just like she is on The Bachelor. And while her social media doesn't indicate her future with Arie, here's what else she has been doing since she filmed the reality TV show.

Trying To Publish A Book

Kendall frequently asks her Twitter followers questions as part of a "question book" she has been writing. On Feb. 22, she noted how she's looking to publish this book. So, like many Bachelor contestants before her, Kendall could be a published author before you know it.

Perhaps Kendall was inspired by the Winter Olympics in PyeongChang, South Korea, but she noted that she watched a bunch of mukbang videos on Feb. 21. As TODAY reported, the South Korean trend of mukbang is where people consume immense quantities of food and record it. These videos have gained a big following that apparently includes Kendall.

On Super Bowl Sunday, Kendall hung out with her fellow California girl Bekah M. in Santa Monica. According to their Instagram profiles, they were joined by Kendall's non-Bachelor friend Claire.

Would Kendall be Kendall is she wasn't continuing her love of taxidermy? And for those wondering, she explained on Twitter that she only collects vintage and cruelty-free pieces and has never killed an animal herself.

Her love of animals extends to those that are still living, as Kendall displayed when she volunteered at a pet shop that has rescue animals. Kendall has her own dog too and she has shared pictures of her pup Odin on social media.

Kendall also has a scientific interest in the animal kingdom and often posts some pretty fun facts about animals she's interested in. Her curiosity for the natural world is one of the reasons she is so endearing to many Bachelor fans — and it makes her a unique contestant on the series.

Her Instagram features videos of her playing ukulele, including the above video that has her performing a song specifically written for her time on The Bachelor. She also joked on Instagram that she wants to start a band called Spin Cycle — and her band would definitely have an instant following if she did choose to pursue a music career.

Spending Time With Her Family

TV viewers officially got to meet Kendall's family during the hometown dates, but they are frequent fixtures on her social media. With her mom and twin sister Kylie, she celebrated the birthdays of both her dad and younger brother on Feb. 17. For the record, Kendall feels like her brother should have gotten more screen time during hometown dates, tweeting that he's single for those who are interested.

So no matter how her relationship with Arie ends up, Kendall seems to be doing OK. And, if her social media is any indication, she will continue to bring joy to her fans long after The Bachelor.