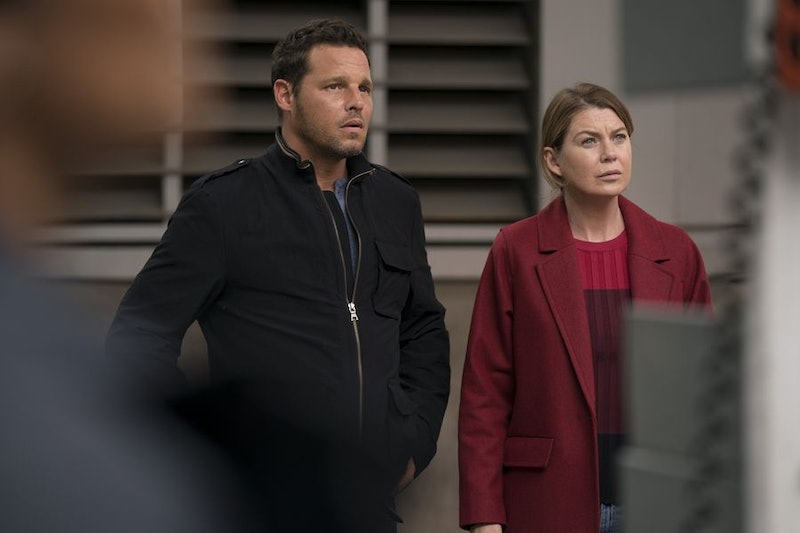 Forget the haters (I don’t know if there are, but probably) — Grey’s Anatomy, now in its 14th season, is as good as it was when Shonda Rhimes wasn’t a household name and no one on the show had yet had sex with a ghost. The show has jumped the shark (actually, it’s jumped a blue whale at this point), but fans are still tuning in, and the stories are fresh and interesting. The Nov. 16 episode of Grey’s Anatomy will be the show’s last before its winter hiatus, and I know hardcore Grey’s Anatomy fans like me want to know — When does Grey’s Anatomy Season 14 come back this winter?

The television winter hiatus is a dark time for TV junkies like me. I know that the shows go dark because you know, the cast and crew need a break for the holidays, and also that viewers have a lot of holiday-related stuff to do and may not be watching, but my natural inclination during the holiday season is to decline all the invitations I can and curl up in front of the television. I’m sure I’m not the only one, and we’re robbed of this isolationist comfort during the colder months. Sadder still, Grey’s Anatomy won't return until Jan. 18, 2018. Any seasoned Grey’s Anatomy fan knows that anything (seriously, anything) can happen when the show returns, but here are a few things they need clear up when the show comes back in 2018.

Get Rid Of Carina DeLuca

I understand that she’s a relationship prospect for both Hunt and Arizona and she's DeLuca’s sister and all that, but do we really need Carina on the show? The orgasm doctor thing seems like it’s supposed to be controversial, but is talking about orgasms controversial on television anymore? Carina is the reason that we found out about Amelia’s brain tumor and we should be thankful for that, I guess, but the fact that Carina is canoodling with Hunt now (and I hate Owen Hunt) pretty much negates this. Pass. New please.

It will come, but I’m gonna need Grey’s Anatomy to make me care about this new crop of interns sooner rather than later. No one can replace the original intern group, but at least make me want to see them on my screen. One of the interns (who are all super attractive, which is par for the course on this show) has a past with DeLuca — let’s expand! Tell me all you can!

Sara Ramirez gracefully exited Grey’s back in Season 12, and it would really be nice to see Callie back. And sorry, Calzona fans — it’s clear that Arizona and Callie aren’t Grey’s OTP, but they have a daughter together and it would be wonderful to see them be successful, caring co-parents to Sophia. Sophia is getting older, too, so they’re going to have to unite if they’re going to face those scary teen and pre-teen years.

Meredith’s been through a lot. She spent the first few seasons of the show trying to win over Derek, and she did. And then he died. And then she tried with Riggs, who is still in love with Megan Hunt. Meredith’s winning of a Harper Avery could mark a great move for the show — the writers should focus on Meredith’s career and her motherhood and take a break from her heartache. Meredith is strong and smart and capable; she doesn't need to be reduced to a love story.

Grey’s Anatomy returns in January 2018, and let’s hope some of these suggestions are introduced into the back half of the season. There's a lot of ground to cover in the new year.

Editor's Note: This post has been updated with the premiere date.

More like this
'Grey's Anatomy's New Intern Got Advice From Dr. Bailey Herself
By Grace Wehniainen
We Still Have A Few Unanswered Questions At The End Of 'The Suspect'
By Sophie McEvoy
'Heartstopper' S2 Just Welcomed Four Brand New Cast Members
By Nola Ojomu and Sam Ramsden
'Elite' Season 6 Is Arriving Sooner Than You Think
By Gretchen Smail and Grace Wehniainen
Get Even More From Bustle — Sign Up For The Newsletter