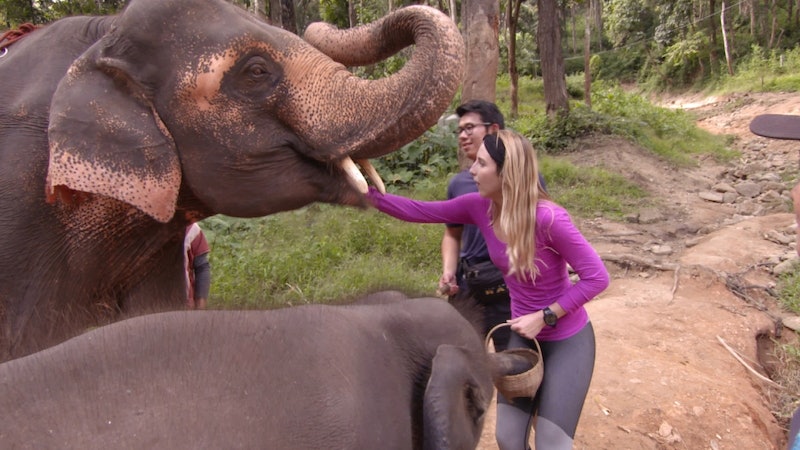 As any true fan of The Amazing Race (creator: Elise Doganieri) will tell you, there is always the inevitable itch to know just when the new season will pop up, even before the current season ends. Unfortunately, for avid viewers of the long-running series, it is unsure as of right now when or even if Season 31 of The Amazing Race will air. This uncertainty comes from an event that happened for the first time in the show’s history.

It was originally reported by Deadline that CBS executives took until May of last year to announce that a 30th season of The Amazing Race (co-executive producer: Giselle Parets) was coming. That was atypical, as the rest of the slate of CBS’ new and returning shows (with the exception of Elementary) had been announced a couple of months earlier, in March.

As of yet, there is no official word on whether The Amazing Race will be renewed for Season 31. So, between the odd waiting time in advance of confirmation of Season 30, as well as the lack of information from the network, the future of the show feels uncertain. Maybe, for the first time in its history, fans have reason to be concerned over the fate of the iconic reality TV show. However, after all of the years it has been on TV, it would seem strange for the network to suddenly cut the series. After all, it seems doubtful the network would have missed the opportunity to advertise this season as the final season. Moreover, The Amazing Race is an absolute Emmy darling, amassing 74 nominations and 15 wins over the years. Surely, a show with such pedigree would not simply be cast off without a farewell tour of some kind.

If the series were to return, it would likely be within a few months. Looking back at the premiere dates of the last few seasons, usually, there are two iterations of the show, per year. One typically airs in May or June, while the other airs in November. However, it may be different this year as what may be the singular iteration of the show for 2018 premiered in January. With this current season being the only one confirmed for the year, it could be up to another year before The Amazing Race graces fans' television sets again.

As for this season, instead of taking a page from the previous three decades of this iconic reality show, it looked forward. The theme this year was simply intense competitors. Although not technically a celebrity edition of the show, Season 30 of The Amazing Race included many famous faces. Among the contestants were an Indy 500 winner, a pair of competitive eating superstars, a pair of professional skiers, a duo of former NBA players, as well as a couple of former Big Brother contestants, who happen to be a newly engaged couple.

While “competitive contestants” was not the most unique premise for a season of the show, what has helped to keep The Amazing Race fresh through the years has been its ability to reinvent itself and constantly add to and innovate its format. This season, it accomplished that level of innovation through an unprecedented partner-swap mid-point in the competition, wherein the duos split up and paired off with a member from another couple to complete a challenge. That innovation was also shown through head-to-head competitions that needed to be won before being able to complete a leg of the competition.

And it certainly wasn’t the only season with a unique twist to it. Just last year, Season 29 of The Amazing Race paired up complete strangers to travel the world together. Past seasons have focused on romantic couples, all-stars, and even entire 4-person families with children. Clearly, this show knows how to stay interesting while it reinvents itself on a season-to-season basis. So, to lose a spot on the CBS roster simply because of falling ratings, seems like it would be a short-sighted mistake.

Clearly, not all the signs are good about the future of The Amazing Race. However, even if it does go away, longstanding reality TV shows have risen from the dead before. American Idol will be returning this year after being cancelled in 2017, this time on ABC instead of Fox. Perhaps, if the CBS executives did decide to cancel The Amazing Race, it could be picked up by another network, or maybe even a streaming service like Hulu or Netflix. Whatever the direction it takes, fans will be happy, as long as a new season starts at some point.