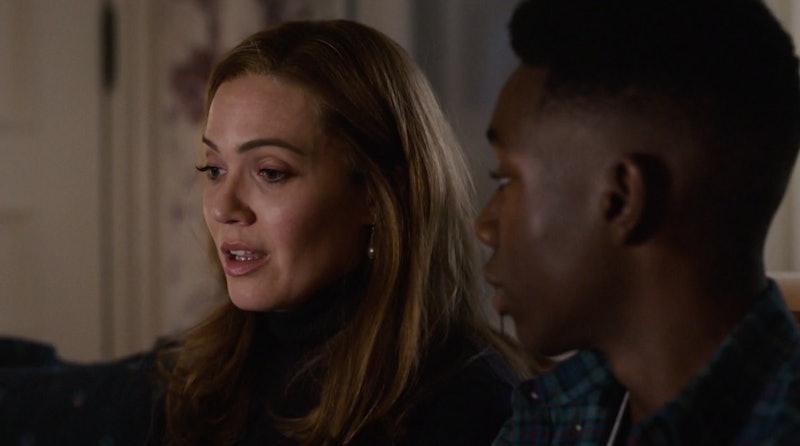 If This Is Us has taught its viewers anything, it's that they can't get too invested in any one character too soon, that family dynamics are complicated for everyone, and that there is no such thing as too many tissues set up beside your streaming device. And not just because of the plot twists, but because in the weeks leading up to the holidays, there is literally nothing to watch on TV. Yes, sadly, after the mid-season finale, you'll definitely be wondering when This Is Us Season 4 will return. After all, the Pearsons need time to celebrate the holidays just like everyone else.

Aside from a recurring pattern in air dates, past seasons have also shown us that the first half of each season are smooth sailing, as close to smooth sailing as This Is Us gets anyway, compared to the second half. With a slew of new characters this season, theories and speculation began circulating before Season 4's premiere, and only some of them have been addressed. So far, we've seen more of Rebecca's father, Dave Malone, and more glimpses of Randall's youth, specifically the origin story of him and Beth. It was revealed that Kevin has a son, but the identity of the mother is yet to be unveiled, and it's likely not Cassidy given how their relationship ended. Speaking of mothers, all signs are pointing to the possibility that Rebecca may have Alzheimer's disease in the future timeline.

Addressing the theories regarding Rebecca's health, creator Dan Fogelman told Entertainment Weekly, "There are other things that could be going on there as well ... There could be many suspicions as to what is ailing Rebecca, including just aging and being in that place of life. The read of it being Alzheimer's and dementia is not unexpected; it doesn’t mean it's necessarily right." Executive producer Isaac Aptaker concurred, saying, "There’s such a theme this season about what we’re able to perceive in terms of the well-being and mental health of the people we love versus ourselves."

Now that there's a mid-season hiatus, you'll have plenty of time to unplug and save the holiday drama for your screens and hopefully not your households. There will be just a few weeks to catch up on past episodes, or seasons, and hope that that the This Is Us creators won't send any last-minute curveballs our way. But with the confirmation of a Season 6 down the line, that seems highly unlikely. So get ready to have your hearts broken come January 2020 when Season 4 returns.