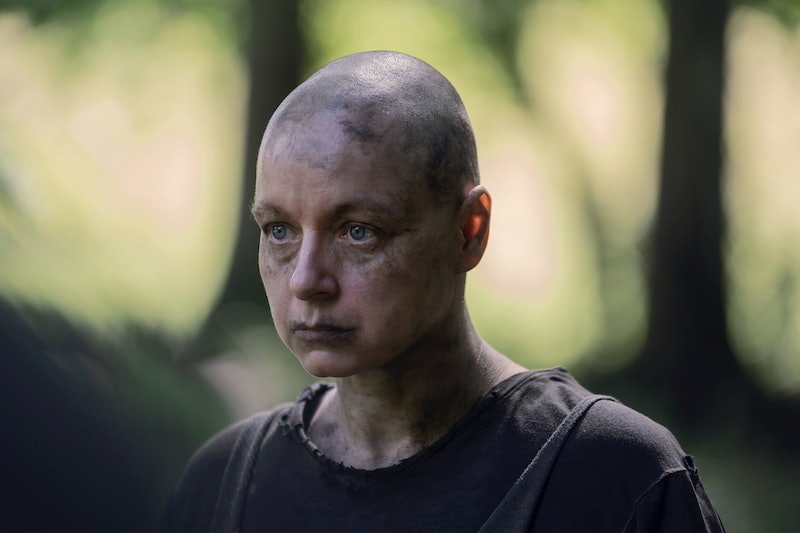 Spoilers ahead for The Walking Dead. Siddiq is probably dead, Dante is a Whisperer, and Eugene has started talking to a mystery woman on the phone. These are only just some of the things that have occurred throughout this year of The Walking Dead and there's still another half of the season to go. However, now that the holiday season is officially upon us, it's going to take some time before The Walking Dead Season 10 returns for more of that action-packed zombie drama everyone just can't get enough of.

Sunday night's episode, "The World Before" served as the show's midseason finale, which means viewers will have a bit of a wait ahead of them before events will once more pick up where they left off. The good news is that it's relatively easy to deduce just how long that wait will be. Aside from the show's very first season — which only consisted of a mere six episodes — The Walking Dead has always returned from its winter hiatus at some point in February. If that pattern persists for Season 10, then the show should come back within three months, which feels like a significant portion of time. Though, hopefully holiday festivities will help to make the break fly by relatively quickly.

However, there is one reason for viewers to not want the season to go by too fast. During The Walking Dead’s Comic-Con panel in San Diego back in July, Danai Gurira announced that she was leaving the show after the tenth season and that her character Michonne would only appear in a handful of episodes that would be sprinkled throughout the season.

“I can confirm this is the last season I’ll be on this amazing TV show as Michonne,” Gurira told reporters during the panel, as reported by Entertainment Weekly. “I would just like to say this has been one of the purest joys in my life. I am very very thankful for the experience I’ve had in ways that I cant even express right now. My heart does not leave… it doesn’t ever end, the connection between us never ends."

Gurira went on to explain that her decision did not come lightly and that it by no means is supposed to indicate that she doesn't still love working with the cast and crew all these years later. "It was a very difficult decision. It was about my calling and other things I feel called to… as a creator of work," she explained. "All I’m filled with is a lot of pain about leaving and a lot of gratitude and to all of you. I love you guys. TWD family is forever.”

So enjoy this hiatus while it lasts, because when it returns the countdown of Michonne's departure officially begins.