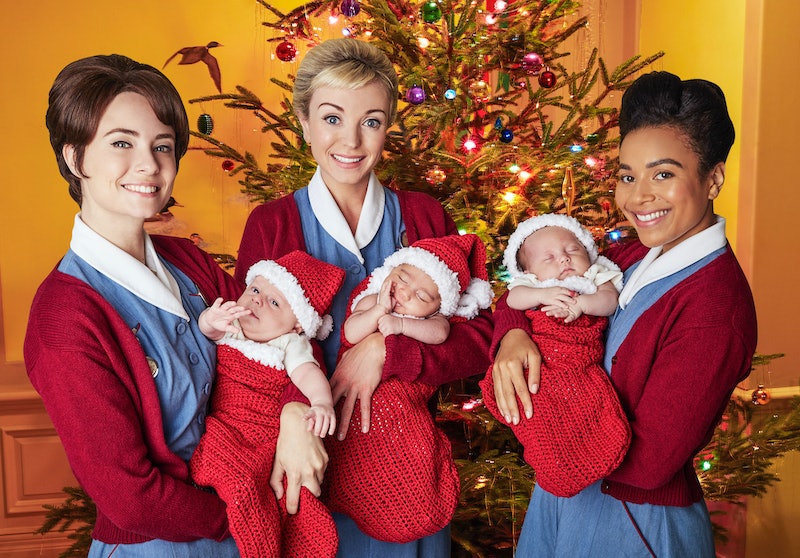 The Radio Times reports that the hit show will be returning with a massive dose of emosh on actual Christmas day at 7:30 p.m, and you can expect 90 minutes of high quality entertainment.

Although not much is known about what's going to happen on the day, the BBC reported about the show's special and its slightly different-than-usual location. For 2019, the midwives will up sticks and go to Scotland's Outer Hebrides to help out in a community hard done by in an entirely alternative way to their usual patients in impoverished Poplar. While working on the remote island they'll encounter extreme challenges including limited access to electricity and water and, of course, the brutal weather conditions experienced in such a far-flung location.

They'll be led by the very able Mother Mildred, played by Professor Sprout herself Miriam Margolyes, to help with the island's desperate need for more nurses and midwives. Speaking to the BBC reports about filming, Margolyes sais the location was an incredible experience despite the temperature being far from balmy:

"It is the most beautiful place I've ever been to and possibly the coldest. We were there in April, but it felt like January! The beauty of the people and the beauty of the place was fantastic."

Look, I can hear you moaning from over here. Worry thee not, according to the BBC the baby crew will be back in Poplar's Nonnatus House in time for Christmas alongside all the usual faces. And, I'm sure, lashings of tea and cake.

The show has been a hit from the very beginning. So, needless to say, fans across the globe breathed an enormous sigh of relief when it was announced by the BBC earlier this year that not only would the ladies be back for a 9th season but also a 10th and 11th. Which basically means that the midwives should be with us until 2022. However, if history has taught viewers anything, nobody is actually safe in this show. I mean who could forget about *SPOILER ALERT* Barbara's death in season 7? Between her and Stranger Things' Barb, turns out that Barbara is a pretty unlucky name in TV.