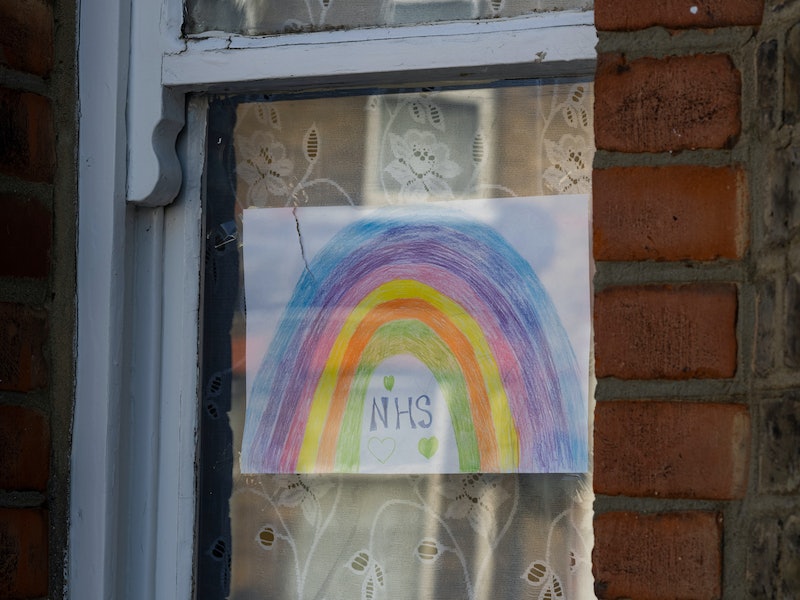 One positive to emerge from the ongoing COVID-19 pandemic is a greater appreciation of those on the NHS frontline, which after weeks of national lockdown, appears to be at an all time high. Evidence of this can be seen through various high-profile NHS fundraisers, and the weekly Clap For Our Carers campaign. Now, a one-minute silence to pay tribute to NHS workers has been confirmed, and if you're wanting to get involved, here's how to take part in the upcoming minute's silence for the NHS.

As the Metro reports, the nationwide one-minute silence will pay tribute to NHS workers who have sadly died from coronavirus, will be held at 11 a.m. on International Workers' Memorial Day on Tuesday, April 28.

The gesture will take place two days before this week's Clap For Our Carers event, which has gone ahead every week since Thursday, March 26.

As the BBC reports, Unison general secretary Dave Prentis recently praised the idea as being "the ultimate tribute" for those who selflessly "put themselves in harm's way to keep us safe" in the fight against coronavirus.

This article was originally published on April 22, 2020