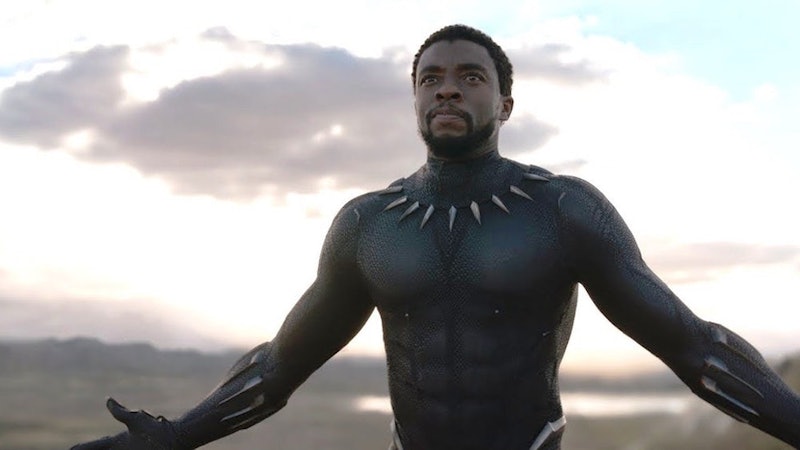 Fans who have been chanting "Wakanda Forever," for more than a year have also had one major question on their minds: When will Black Panther 2 be released? Super-secretive Marvel has yet to announce a specific premiere date, but the great news is that, while studio chief Kevin Feige told Entertainment Weekly that there's "nothing specific to reveal" yet, he did confirm that a Black Panther sequel is definitely in the works. In fact, that was Marvel's plan before they even filmed the first movie.

"One of the favorite pastimes at Marvel Studios is sitting around on a Part One and talking and dreaming about what we would do in a Part Two," Feige told EW last year. "There have been plenty of those conversations as we were putting together the first Black Panther. We have ideas and a pretty solid direction on where we want to head with the second one."

In October, The Hollywood Reporter even confirmed via unnamed sources that Black Panther director Ryan Coogler is returning to helm the upcoming sequel, with the plan being for him to write the script this year and begin production in either late 2019 or early 2020.

According to Screen Rant, Coogler began filming Black Panther in January 2017, with the film hitting theaters in February 2018. If the sequel follows a similar timetable, fans can likely expect to see Black Panther 2 on the big screen as soon as soon as late 2020 or in early 2021.

Feige had, unsurprisingly, previously expressed his desire to get Coogler onboard as well. As he explained to Collider months earlier: “We definitely want Ryan to come back and that’s actively being worked out right now. When will it be? A lot of it will be when Ryan wants to and not rushing anything, but I think we have an idea of when it will be."

Of course, Marvel is unlikely to announce anything before the top-secret events of Avengers: Endgame unfold when the newest Marvel flick hits theaters nationwide on April 26. The reason, of course, is that the fates of some key Black Panther characters have yet to be revealed. Even Chadwick Boseman AKA King T'Challa himself has been super tight-lipped about reprising his role in any future installments. As the actor coyly — and succinctly — deadpanned to Access on the red carpet at CinemaCon 2019 when asked about Endgame or Black Panther 2 details, "I'm dead." (And, thus, a hilarious new meme was born as well.)

Speaking of dead (or, more than likely, "dead") Black Panther characters, supervillain Erik Killmonger (played by Michael B. Jordan) could actually return to the sequel as well — despite a seemingly dire fate in the original movie. At the 2019 Screen Actors Guild Awards in January, Angela Bassett, who plays Black Panther matriarch Queen Ramonda, and her husband Courtney B. Vance seemed to confirm that could be the case anyway.

During a red carpet interview with Entertainment Tonight, Bassett spilled, though somewhat skirting the issue, that she assumed that "everybody" would reprise their roles for Black Panther 2. She even went so far as to remind fans that they never technically saw Jordan's Killmonger go into the ocean. Vance was more direct, adding: "Yes, just go ahead and say it, yes! Everyone will be there, including Michael B."

Fans are also clearly clamoring for more Wakanda action. In addition to breaking box office records (raking in more than $1.34 billion at theaters, per THR), Black Panther was groundbreaking in countless other ways as well. Not only was its cultural significance an undeniable win for diverse and more accurate representation for people of color, Black Panther also made history as the first superhero movie to be nominated for Best Picture at the 2019 Academy Awards. The movie's costume designer, Ruth Carter also broke barriers, becoming the first Black woman to win an Oscar for costume design. In addition, Hannah Beachler was the first black woman to ever win — or even be nominated — for Best Production Design.

Black Panther has more than made its mark far beyond the Marvel Cinematic Universe, and when fans are finally blessed with a Black Panther 2 in the — fingers crossed —  not-so-distant future, King T'Challa and co. will surely show that they're only getting started.