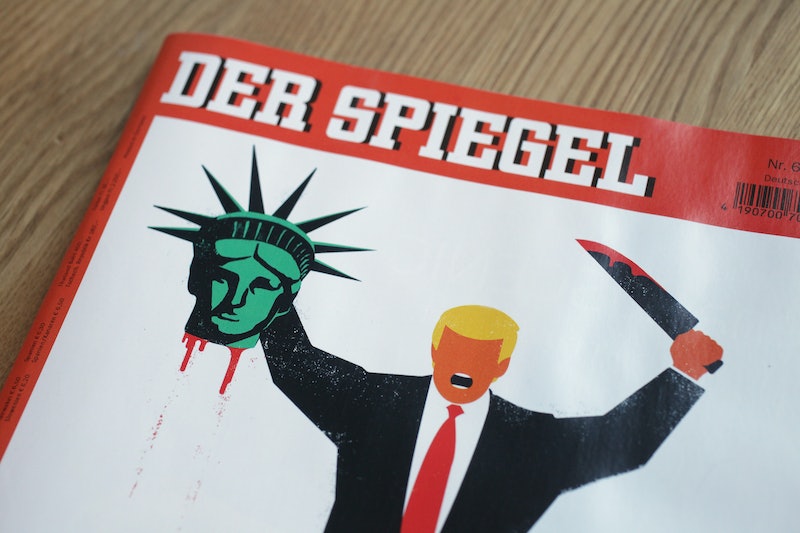 As expected, there's turning out to be a good deal of legal maneuvering surrounding Donald Trump's travel ban. Given all the levels of the American judicial system, it is perhaps no surprise that the question of when Trump's immigration order will be reinstated is still very much up in the air. There are two solid answers — first, that the federal appeals court that denied the Justice Department's request for an emergency stay has laid out the fastest schedule possible. And second, that fast schedule won't really matter in the end, because the case is almost certain to go on to the Supreme Court.

Basically, as it stands right now, the states of Washington and Minnesota, who are the main actors challenging the ban, have until midnight Sunday Pacific time to file their briefs. The Justice Department, then, has until Monday afternoon. The appeals court will likely make their decision quickly, and then it could reach the Supreme Court in a matter of weeks. Once it gets there, though, there's no telling exactly how long it'll take before they reach their final decision.

Travelers from the seven countries listed on the travel ban are currently allowed into the U.S. following the Washington judge's ruling. However, that status could change depending on how the appeals court rules.

With that status in jeopardy, those who were previously banned are now heading to airports as quickly as possible in order to take advantage of the opening. The State Department reversed the visa ban, so that any visa holder whose visa had been canceled because of the ban is now allowed to enter again. Trump's Twitter responses to reversal of the ban ignored the fact that no travelers, refugees or otherwise, will be able to enter the country without the proper vetting that was already in place. Visa holders, of course, weren't granted those visas without going through a great deal of background checking — one of the arguments that critics of the ban have used to say that it's not making the country any safer.

Looking at the court decisions on the order so far, it seems likely that the federal appeals court's decision will stand, at least until it reaches the Supreme Court. One judge has come down on the side of the ban, but three have ruled to limit its enforcement. The Seattle judge's ruling was the most far-reaching, and it's exactly that ruling that the Justice Department is now attempting to appeal. For now, though, it's completely justified that refugees and immigrants from the countries on the list would be rushing into the country, because there's no telling how long that window will be open.