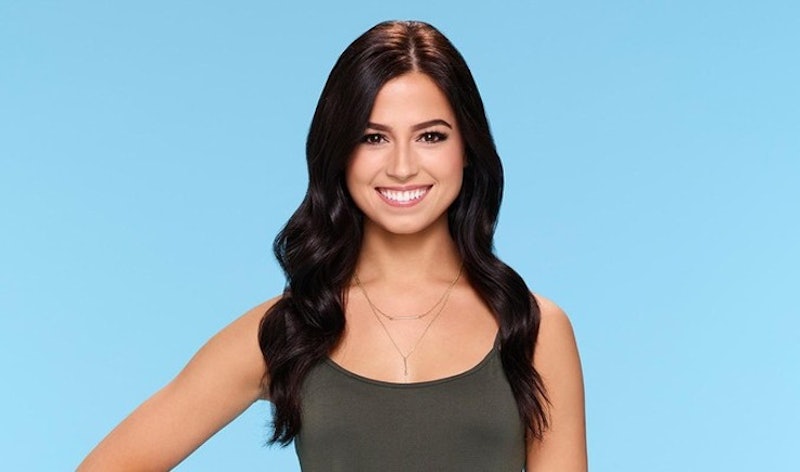 The Bachelor finally took a break from being The Corinne Show during its last episode when Nick Viall went on a solo date with Kristina Schulman. Kristina shared the most compelling story about her early childhood in Russia and her adoption. Following her date, viewers are rooting for her (even more than before) and want to know more. For starters, where in Russia is Kristina from?

At first, Kristina did not get as much screen time as she should have (in my opinion, at least), so a lot of us were wondering about the origin of her accent. It was especially unclear when every time she was shown on screen it and underneath her name "Lexington, Kentucky" was listed as her hometown.

Eventually, we learned that Kristina was raised in Kentucky after her parents adopted her from an orphanage in Russia, but Kristina didn't say where exactly in Russia she was from, and it doesn't seem that she's listed that information online or on her social media, either.

A lot of fans commented on Kristina's hybrid Russian/Kentucky accent on Twitter, but she didn't reveal much about it:

She stated the obvious plenty of times via Twitter, but we didn't get much more than that:

Even though I don't have an actual response to this specific query, I don't know how much the answer really matters. At this point, Kristina is clearly focused on moving forward in her life — and has been for many years — instead of focusing on the past.

It's obvious that Kristina has a pride in her Russian heritage and it's wonderful that it is such a big part of her even though she's been in the United States for so long. That said, she is so proud of growing up in Kentucky with her family and incorporating that experience and her Russian roots into who she is as a person, that we don't necessarily need to dwell on the specifics of which Russian town she's from since she represents these dual cultures so well in the present day.

Fans are paying a lot of attention to Kristina, so I bet she will end up answering this question in interviews or on social media at some point, but for now, Kristina is repping being a Kentuckian Russian in her own unique way and that's a good enough answer for me.