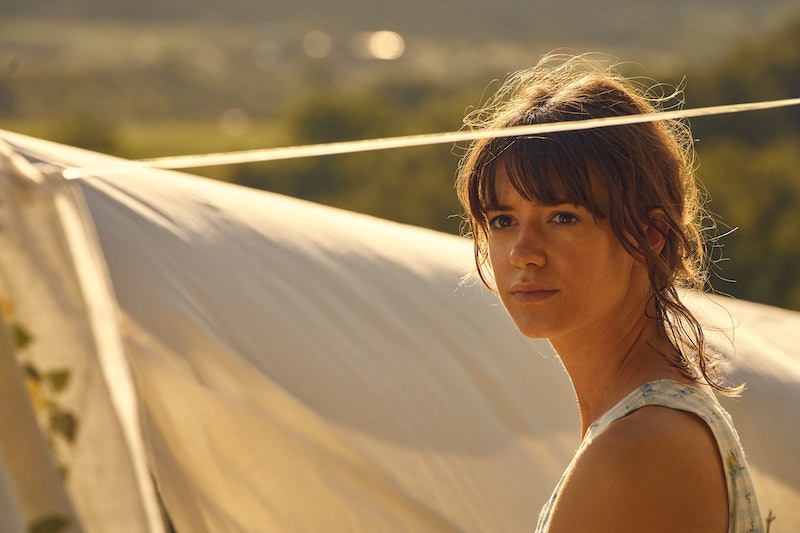 Although holidays might well seem like a distant, far off concept, nothing gets you quite as close to your holipops as being immersed in TV drama set in beautiful locations. Add to that a romantic storyline, and it is basically impossible to not daydream. Those tuning into Normal People (available on BBC iPlayer now) will no doubt eye up the villa where Connell, Marianne and friends holiday at in episode 8. You'll be thrilled to hear you can actually stay at the Normal People Villa.

The BBC adaptation, based on Sally Rooney's hit novel, was filmed across multiple locations in Ireland, Sweden, and Italy. (The Irish beach in episode 2 is sure to inspire your wanderlust, too.) But it's the last of these three countries that features a dreamy AF villa that just screams "pass me the peaches, burrata, and rosé."

Luckily for those so inclined, said villa is actually listed on AirBnB – and would cost less than €50 per night to rent. In Normal People, Marianne, her boyfriend Jamie, Connell, and a group of friends take a trip to Trieste, to stay at Marianne's family holiday home. On screen though, they stay at Il Casale on Tenuta Verzano, close to the village of Sant’Oreste, about 35km north of Rome.

It's described as an "unspoiled old country house in the Roman countryside", with enough room to accommodate six people. The property is beautifully laid out on "well-kept grounds" and is resplendent in its picturesque location.

The old country house has been owned by the same family for 150 years, and no stranger to the silver screen, it seems. On the AirBnB listing, it acknowledges that it has been used "on several occasions for film and advertising shoots". According to inews, it was also it was also used in the cinematic adaptation of Elizabeth Gilbert’s Eat, Pray, Love starring Julia Roberts.

The show is arguably one of the most highly anticipated adaptations of late. Normal People drops as a boxset on BBC Three on April 26 and will be released in the US on Hulu on April 29. It will also air weekly on BBC One from April 27, with two 30-minute episodes each week. (But let's be real, we'll be watching the whole thing as soon as it's online.)