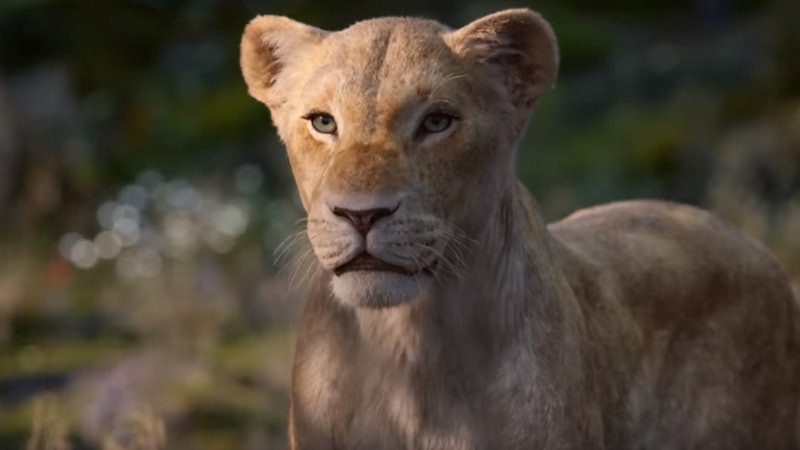 The update soundtrack could prove to be an even bigger hit than the original, thanks to the inclusion of an up-and-coming singer you probably haven't heard of named Beyoncé. OK, that was a joke obviously, but Queen Bey's casting as Nala means she'll be bringing her powerhouse voice to The Lion King, along with fellow hit-maker Donald Glover as Simba. All of the familiar songs will be represented on the new soundtrack, along with Hans Zimmer's score, a new track by Elton John and Tim Rice (the lyricist who worked with John on the original) and a mystery track presumably by Beyoncé. Here's the full track list:

As for where exactly you'll be able to stream the soundtrack, Disney hasn't released any specifics on that. However, just by looking at the studio's other recent soundtrack releases, like Aladdin, it's safe to assume that you'll be able to stream it on all the usual suspects including Spotify, Apple Music, and Amazon Music. What Disney has announced is that the new soundtrack will be released digitally on July 11, meaning you won't have to wait long to find out what that mystery track is (it's definitely Beyoncé, btw, as director Jon Favreau told Fandango that she wrote and performed a new song for the film). If you prefer a hard copy to streaming, the CD version of the album will be released on July 19.

The new Lion King soundtrack is set to build upon the legendary original, and will likely become iconic to a whole new generation of Disney fans. So if you've been waiting for the album of the summer, there's a good chance this will be it.

More like this
Yes, That's Lindsay Lohan's Sister Singing In The 'Falling For Christmas' Movie
By Radhika Menon
This James Bond Event At Abbey Road Studios Was A 007 Fan's Dream
By Samantha Rollins
The 'Love, Lizzo' Harry Styles Scene Is Just 1 Moment That Made Fans Feel Seen
By Brad Witter
Shania Twain Replaced Brad Pitt’s Name In “That Don’t Impress Me Much” At The PCAs
By Jake Viswanath
Get Even More From Bustle — Sign Up For The Newsletter