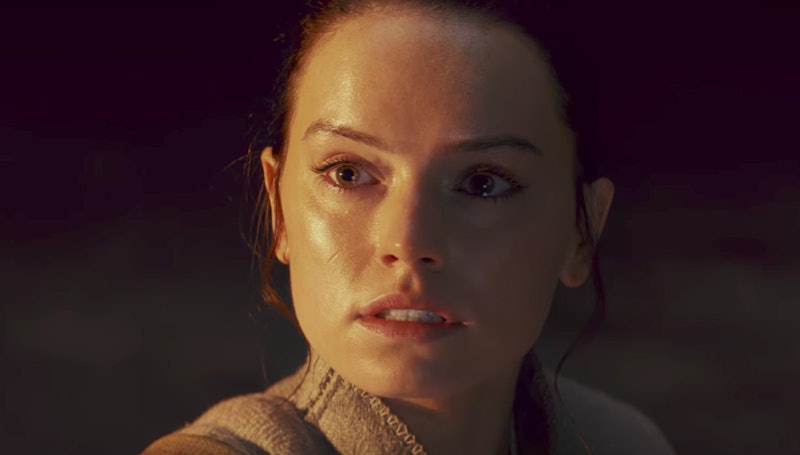 You probably already have the Star Wars theme song stuck in your head just from watching The Last Jedi's trailer on repeat — it's almost impossible not to. The good news is that you will soon get to hear that thunderous melody in theater-grade surround sound on Dec. 15. Until then, your computer speakers will have to do. If you need a refresher on what has happened most recently in the galaxy far far away — or if you just need a Star Wars fix because you can't get that darn theme song out of your head, you should probably find out where to watch The Force Awakens before seeing The Last Jedi. As Yoda would say, "streaming options you have."

The 2015 Star Wars installment may as well be called "Starz Wars," because the movie can be watched on STARZ direct, which costs $8.99 per month. If you already have Amazon Prime, you can easily add the STARZ channel to your prime subscription for an additional charge of $8.99 per month as well. Speaking of Amazon, you can rent The Force Awakens on Amazon for $3.99. Or, if you know you will want to watch it every day until the new Star Wars movie comes out, you can buy The Force Awakens for $19.99 on Amazon as well. The movie is also available on iTunes, where you can rent it for $4.99 or buy it for $19.99.

You may want to catch up on the latest installment in the saga before watching the new movie regardless of whether or not the theme song keeps repeating in your head to the point where you can't focus on anything else in life. The upcoming film, The Last Jedi, seems to pick up right where The Force Awakens left off, and it will definitely improve your viewing experience to understand the gravity — or anti-gravity — of Luke Skywalker's meeting with Rey.

The Force Awakens ended with Skywalker and Rey coming face-to-face, and it seems like The Last Jedi will revolve around their partnership. In the trailer for the upcoming Star Wars movie, Luke says, "I've seen this raw strength only once before, it didn't scare me enough then — it does now." And Twitter is already abuzz with theories about whether he says that in reference to Rey or Kylo Ren. The trailer notably ends with Kylo Ren reaching his hand out to Rey, who may or may not join him in the dark side — shocking everyone.

The newest Star Wars movie will likely focus mostly on Kylo Ren as well, who The Force Awakens introduced. Since he and Rey will share the spotlight of the upcoming movie — along with the porg, of course — it's important to know their origin story. Still, familiar faces like Luke Skywalker and Princess Leia — played by Carrie Fisher — will also return. Considering that Fisher died after filming her scenes for the upcoming Star Wars movie, her appearance in it might cause fans to get emotional, and rightly so. While Rey has a reputation of being a powerful feminist icon, Fisher was Star Wars' original heroine, and she's greatly missed.

The fact that the upcoming Star Wars movie focuses on Rey's incredible Jedi techniques only continues Fisher's legacy, and it makes everything about both The Force Awakens and The Last Jedi all the more heartfelt to think about it so. You may want to have a box of tissues next to you while re-watching The Force Awakens in these upcoming weeks.

And you also should re-watch just to be caught up on the plot. The big question of The Last Jedi will likely be "will she or won't she" in terms of Rey going to the dark side, but in order to truly understand who "she" is, you must have seen The Force Awakens. Since the movie came out in 2015, it's been quite some time since Rey's genesis story came out, so you should probably take advantage of STARZ or Amazon's offerings. That way, when you go see The Last Jedi on Dec. 15 when it finally comes out, you'll not only gain satisfaction from hearing the brassy theme song in the theater but also from knowing everything about the movie's heroine while watching her fight the darkness within.