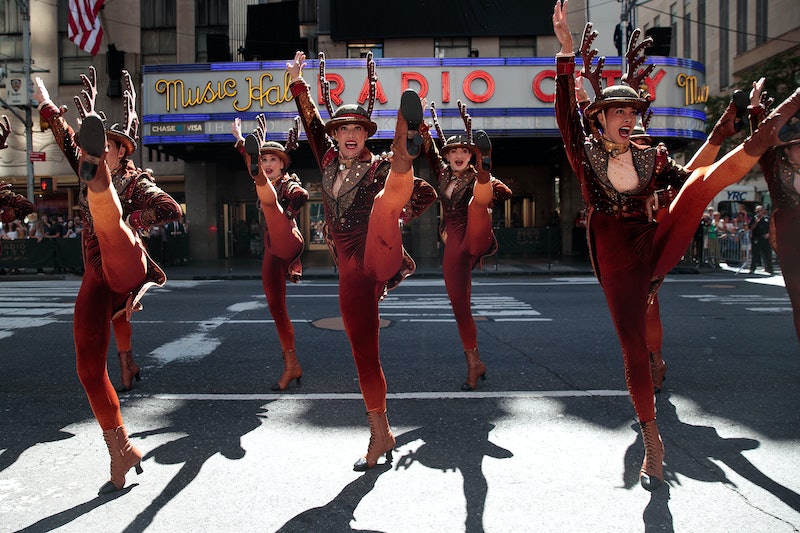 In the months leading up to the event, there's been a lot of back and forth about New York City's Rockettes performing at Donald Trump's inauguration on Jan. 20. So which Rockettes are actually performing at the Trump inauguration? Presumably at least 36, but, at this point, it's not clear which 36.

When they're performing at Radio City Music Hall, the Rockettes do two performances a day, one in the morning and one in the evening. Each has a cast of 40 dancers, so there are 80 potential performers available for the inauguration. For a normal show, 36 women take the stage at the same time; the other four are what's known as "swing" performers, to take the place of any absent dancers. Since the performance has stayed on the books since its initial announcement, it feels safe to assume at least that many of the talented ladies have agreed to participate in Friday's ceremony.

If those predictions are accurate, that also leaves room for over half of the performers to sit out, a surprisingly hard-won right fought for by the dancers' union. However, no breakdown of the cast was available beforehand to spell out how many were in and how many were out, let alone who.

While some of the talented performers, like Phoebe Pearl, have stated publicly that they do not wish to perform for the United States' 45th president in protest of his views, none of the dancers have said officially that they will be there. That's information we'll be gathering on the fly, I guess.

However, the Madison Square Garden Company released a statement in December claiming that there will be no shortage of performers:

For a Rockette to be considered for an event, they must voluntarily sign up and are never told they have to perform at a particular event, including the inaugural. It is always their choice. In fact, for the coming inauguration, we had more Rockettes request to participate than we have slots available. We eagerly await the inaugural celebrations.

The Rockettes are professional performers who deserve the right to choose whom they bestow their talents upon, so it will be interesting to see how many of the women have elected to show up for Trump.

More like this
It’s Official: The UK Is Hosting Eurovision 2023
By Sam Ramsden and Rachel Mantock
Beyoncé & Madonna’s “Break My Soul” Remix Honors A Group Of Black Icons
By Stephanie Topacio Long
An Ultimate Guide To The Music Of 'Rap Sh!t'
By Brad Witter
How Lady Gaga & Adele Are Closer To The EGOT All Of A Sudden
By Jake Viswanath
Get Even More From Bustle — Sign Up For The Newsletter