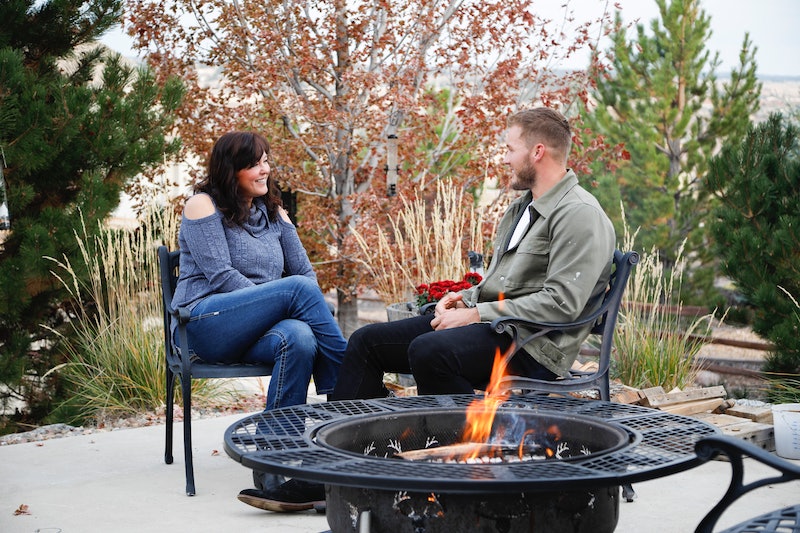 It's almost time for The Bachelor to head to Denver, where Colton will introduce the lucky women to his family. After Week 6's shocking, five-contestant exodus, Colton is furiously trying to narrow down the group of women. And he's been incredibly efficient, because he wants to make sure that he doesn't fall in love with someone who isn't ready to settle down. That's what these family visits are all about: introducing the frontrunners to the families and getting their opinions. Fortunately, Colton's parents are pros at hometown visits by this point and will likely get along with whomever he chooses.

Bachelorette audiences have already seen Colton's parents, since Becca met them during his hometown visit. Viewers saw his mom, Donna, his dad, Scott, and a bunch of siblings and relatives in Denver. "My mom and I have a great relationship," he said during the episode. "I can tell my mom anything." As for he and his dad, Colton said that they have more of a "coach-player type relationship."

According to the Illinois State University newspaper, the Vidette, Colton has a long football legacy. Both of his parents attended ISU, per the article, and his dad played defensive end for the Redbirds from 1986 to '89, while his mother was on the volleyball team from 1986 to '90.

Although Colton looked at other schools, he eventually decided on his parents' alma mater. "We let Colton make that choice as to where he wanted to go, and we all thought [ISU] was the best school for him," Scott Underwood told the paper back in 2012. "So I was really happy he made that choice, but he did make it on his own. He's made us really proud. He's turned into a whole lot better football player than I ever was."

Viewers already know that his mom and dad are divorced. "They're both remarried," Colton told Us Weekly in January of this year. "So it's so cool to see how they've dealt with that adversity and how they moved on, but they still remain friends." As a result, it looks like the Bachelor contestants will be meeting Colton's stepmom and stepdad, as well.

Fortunately, it doesn't seem that his parents' divorce has scared Colton away from the idea of marriage. "I'm definitely ready for kids," the bachelor told Us Weekly. "I feel like I was born to be a dad. I come from a large family. I’m an older brother — now to a bunch of bonus siblings — and I love that role. I can't wait to have kids, and sort of be that cool father who is a coach, a mentor, and just overall their best friend."

As audiences will recall, Mr. Underwood was a bit dubious of Becca's commitment to Colton during The Bachelorette, since she was fresh off her broken engagement to Arie. He and Becca talked about her Arie experience, and it seemed like they were on the same page. Becca also had a nice talk with his mom, Donna, where they discussed Colton's virginity, of all things. From those interactions, it was clear that both of his parents were supportive of Colton but wanted to make sure he made a wise decision.

Colton told Us Weekly that his parents were initially a bit skeptical about him doing The Bachelor, but they saw how good it was for him to do Paradise. "So they're so excited right now, and I know my dad and my mom are looking forward to having a new daughter-in-law," he said.

So whatever happens during the upcoming Denver episode, it will be interesting to see which contestants Colton's parents like and whether they give their son any advice. It's a big decision, after all.