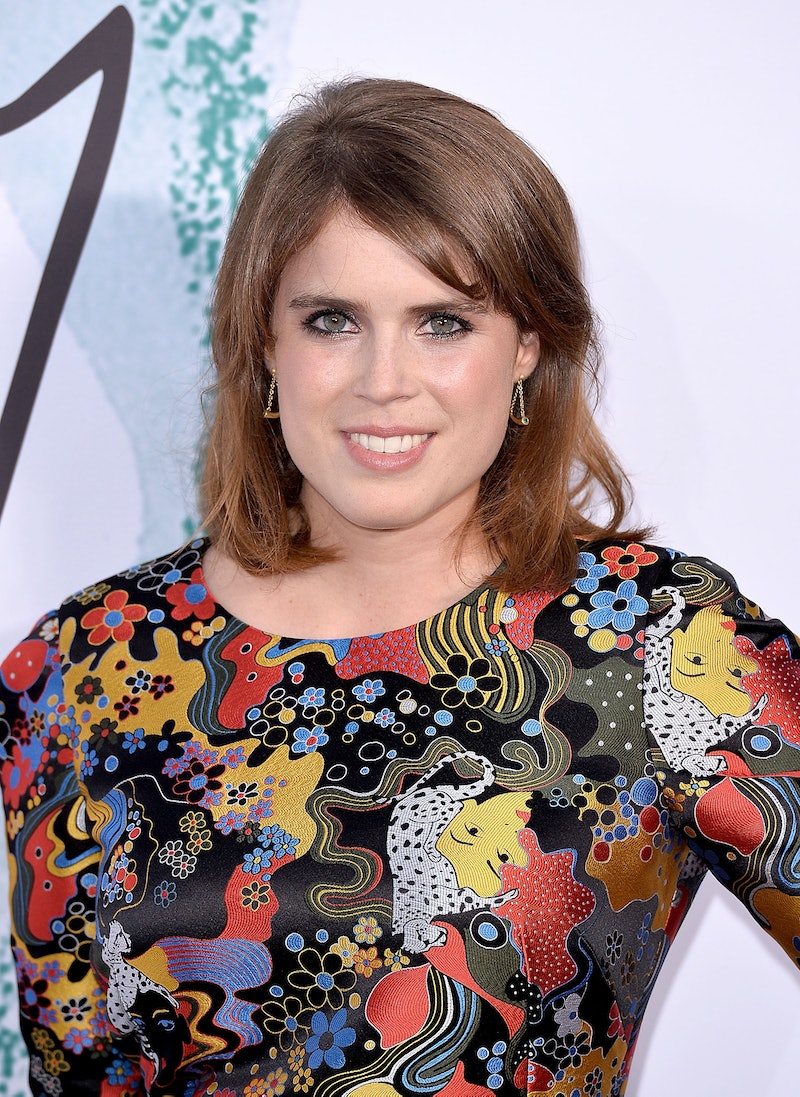 With the year's second royal wedding quickly approaching, royal watchers are clamoring for all the details. As for who Princess Eugenie's flower girls will be when she marries fiancée Jack Brooksbank at St. George’s Chapel, Windsor Castle on Friday, Oct. 12, the royal has selected some adorable petal-scattering tots. And, yes, as many have hoped, William and Kate, the Duke and Duchess of Cambridge's 3-year-old daughter, Princess Charlotte, will reportedly be among them.

The role of flower girl is an important one, too, as traditional British wedding parties are typically only comprised of children. "Most royal brides do not have adult bridesmaids," British and European royalty expert Marlene Koenig told Town & Country. "If you look at the royal weddings since Elizabeth's, you will find that most of the bridesmaids are early teens or children."

Princess Charlotte will be adorably well-equipped to fill that role — and is practically a seasoned vet at this point — since she's already been a flower girl in her aunt Pippa Middleton's wedding to James Matthews in 2017, as well as taking on the same duties during uncle Prince Harry and Meghan Markle's fairytale nuptials in May. Her big brother Prince George is expected to be a page boy in Eugenie's ceremony as well.

According to the Express, British singer Robbie Williams and wife Ayda Field's daughter Theodora Rose, 6, will also be taking part in the wedding. “This is a great moment for Robbie," a source close to the "Angels" singer told the UK paper. "He couldn't be more proud for his daughter.”

Eugenie will slightly buck tradition, however, to include her older sister, Princess Beatrice, as her maid of honor. "When we were younger, I always used to make her go into parties first," Eugenie said in British Vogue's September issue. "I'd hide behind her and she'd make the first move, then I'd get louder and louder as she made me more confident. We bring each other back to earth all the time. We're very lucky."

That easygoing attitude has lent itself beautifully to planning her wedding to the Brooksbank, the European Manager for Casamigos Tequila. As Eugenie explained to Vogue:

"I'm not stressed at all. It's nerve-wracking because you want it to be perfect but then you realize that you're going to be with the person you love forever and nothing else really matters. There's a lovely quote from Maya Angelou, which I'm paraphrasing, that 'No one will remember what you said but they'll remember how you made them feel.' It's about how we feel, but also how our family and friends feel. I want it to be beautiful and fun and to bring out our personalities as much as possible."

Surely her selection of flower girls and bridesmaids is just one of the many components that will add a personal touch to the upcoming nuptials.