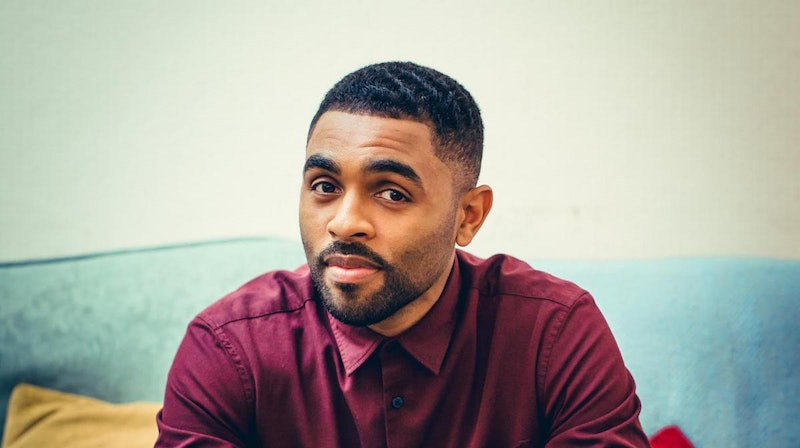 It seems like everyone's talking about Pure — the new Channel 4 drama which explores the sexual side of OCD — before it's even aired. It's getting so much buzz that it's bound to bring a few of its actors out of the woodwork. Including this guy. You might even have seen him before — he has a very impressive CV, having appeared in several great British shows and movies, but who is Pure's Anthony Welsh?

"Joe, he’s kind of your average nice guy," Welsh described his character to Channel 4. I mean, if the actor has played a similar character in the past, then it's for a good reason. Welsh must have one of the kindest faces in British acting. You might remember seeing it when he starred in Phoebe Waller Bridges' tragicomic masterpiece Fleabag. In the 2016 series Welsh quite literally played the boy next door, but in that case, his beautiful face invited tragic consequences.

He's also appeared in Black Mirror, and you might remember him from the super dark 2017 episode "Crocodile." That time around, it was time tragedy to befall Welsh. The episode's devastating ending — in which Welsh's character Anan Akhand, alongside his baby, were killed — is not the kind of thing you can forget in a hurry.

Big screen wise, Welsh has starred alongside iconic Skins actor Jack O'Connell in the brutal and blistering prison drama Starred Up. He played Hassan in the 2013 film, giving Welsh an early taste of life on the silver screen. According to Bifa, you'll next see Welsh on the big screen when he takes up the role of Ham in the Tilda Swinton starring The Personal History of David Copperfield, which is set to arrive sometime in 2019, according to IMDB.

Above all, Welsh uses his acting career as a vehicle "to tell good stories," he told Wonderland magazine. "The people I’ve met and the walks of life that they’re on sort of opens up my eyes to different cultures and backgrounds and the way people grow up."

That must have been the case during the time he worked on Pure. "I thought I knew what OCD was," he told Channel 4 ahead of the show's premiere, adding: "It turns out I only knew what one type of OCD was – the one that most people know about, with lots of rituals and tics. I had no idea there could be something like Pure O, where you have intrusive thoughts that aren’t visible to people, but they’re very real to the person feeling them."

You can catch Welsh's performance on Pure when the show premieres at 10 p.m. on Wednesday, Jan. 30 on Channel 4. Until then, feel free to have a browse of Welsh's Instagram. Your dream man rescues kittens, serves up some banging vegan food, and is also pals with some really famous people. It's time for Welsh to finally be promoted from his boy next door status, I reckon. Take note, producers.