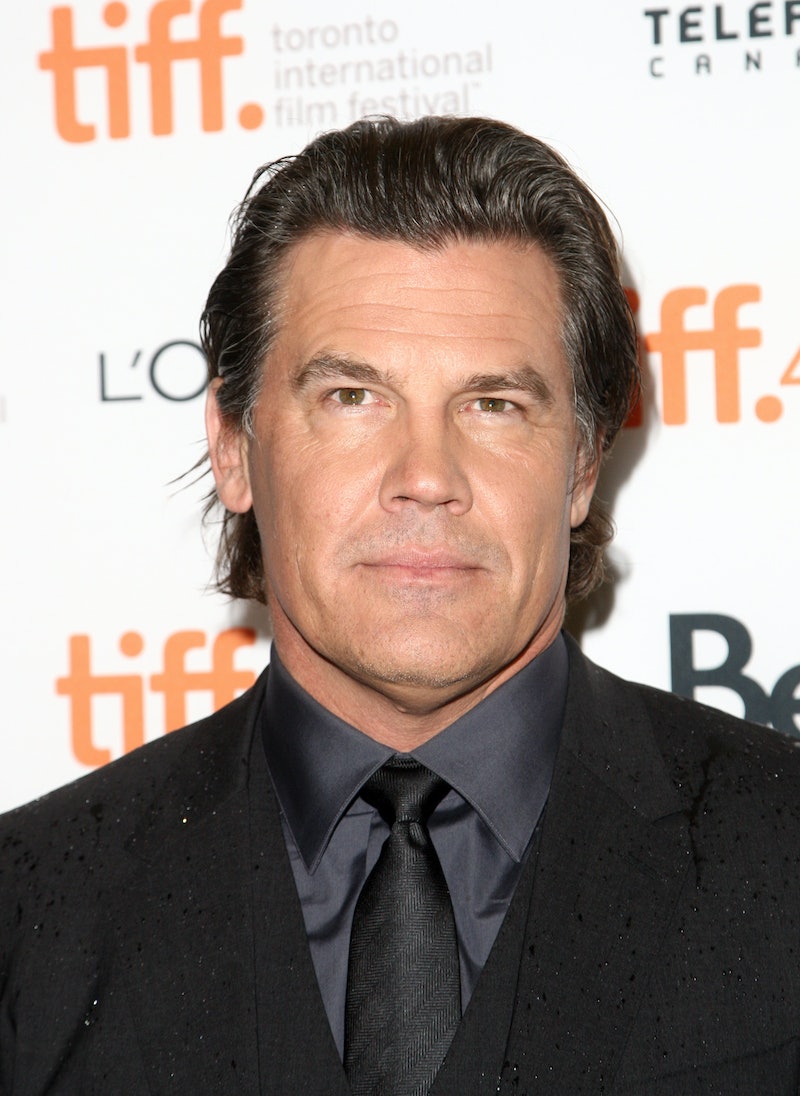 The Merc with a Mouth is getting a superhero friend just in time for his second go at box office domination. According to The Hollywood Reporter, Josh Brolin will star as Cable in Deadpool 2. For months, 20th Century Fox has been searching for the right man to bring the future fighter to life. While actors Michael Shannon and David Harbour were reportedly both in contention for the role, it is easy to see why the studio ultimately picked Brolin.

Physically, Brolin is a ringer for Cable thanks to his chiseled jawline and muscular body type. The actor has also proven he can bring a certain amount of gravitas to serious comic book character roles. Brolin is best known as the voice of the villainous Thanos in the Marvel movieverse, but he also starred as Jonah Hex for DC as well. He's a natural fit for Cable, a character whose energy is meant to be the complete opposite of Deadpool's.

The two characters have teamed up a number of times in the comics — once to memorably go on a jaunt through time to clean up Deadpool's mistakes and pull their timeline out of chaos. Fans are going to love seeing the dynamic between these two heroes onscreen. Because they are so different, they truly are the perfect foils for each other, and Cable's presence is sure to give Deadpool 2 a more focused arc.

The beauty of this pairing is while Deadpool cannot stop talking, Cable is the strong, silent type. Traditionally, he comes from the future where he is a warrior constantly trying to avert the apocalypse. With his bionic arm and eye, and his telekinetic abilities, Cable can be incredibly strong, but his hand-to-hand combat skills are just as impressive as his mutant abilities. The one thing the character does have in common with Deadpool is an appetite for fighting. (Yes, that means the fight scenes in Deadpool 2 are likely to be even bloodier and more impressive than they were the first time around.)

Cable is an important character in the extended world of the X-Men. In the comics, he is Scott Summers' son, who is displaced in time. Deadpool 2 is just the beginning of the character's journey on the big screen. THR reports Brolin has signed on for four films within the X-Men universe, setting Cable up to be a major player — and with Hugh Jackman stepping back from Wolverine, the news could not have come at a better time. Cable and Logan aren't so different deep down, and the character could easily carry his own film given how many Cable stories there are to draw from.

Trust me, this is good news if you love time travel and characters with complex, tortured histories. In true comic book fashion, Cable has been through a number of different of incarnations, but he is best known for being on the front lines in the fight to keep the future safe. Whatever brings him into Deadpool's world in the second movie, is sure to be a major event in the time stream that will generate lots of flawless quips from Wade.

Adding to the excitement is the confirmed presence of Cable's companion, the effortlessly lucky mutant Domino, set to be played by Atlanta's Zazie Beetz. 20th Century Fox is being careful not to give too much of the plot away, but it is clear the X-Men universe is continuing its expansion in Deadpool 2. This is just the beginning for Brolin and Cable, and you can bet the actor and character will make a lasting impression on Deadpool's world.

More like this
Twitter Is Unravelling Over Wolverine’s Return For 'Deadpool 3'
By Darshita Goyal
The 50 Most Powerful Characters In The Marvel Universe, Ranked
By Johnny Brayson and Nola Pfau
Lin-Manuel Miranda & Tituss Burgess React To 'Little Mermaid' Casting Backlash
By Radhika Menon
UK Viewers Will Have To Wait For The Terrifying 'Hellraiser' Reboot
By El Hunt
Get Even More From Bustle — Sign Up For The Newsletter