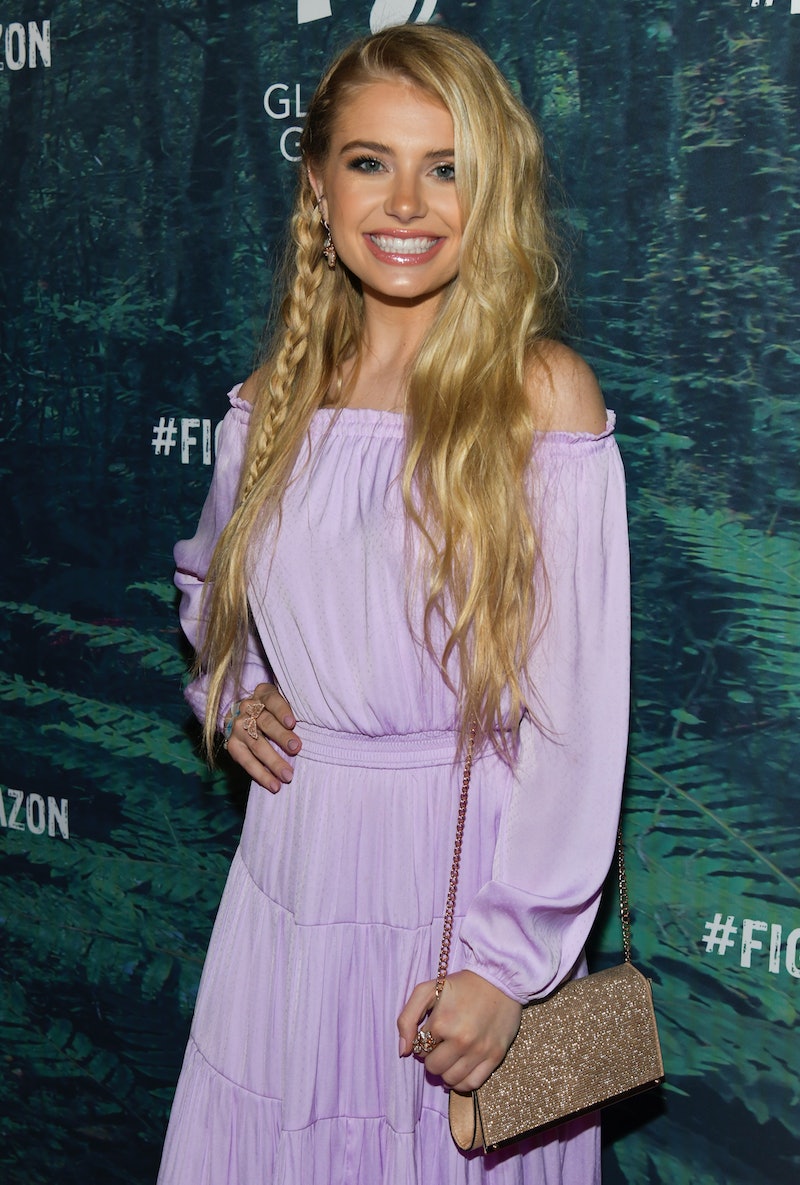 One of the great things about any given Bachelor season is that you never know who could show up out of the blue at any given time. Fortunately for us, BiP alum Demi Burnett will be dropping by the mansion for a special visit. The last time she appeared on the franchise, she ended up getting engaged, but are Demi and Kristian Haggerty still together? Though their time on Bachelor in Paradise ended on a happy note, the duo ended up parting ways a few months later, which they made public knowledge on Oct. 31, 2019.

"With a heavy heart full of love for one another we have decided it is best for us to take a step back from our relationship," Demi captioned an Instagram post about their breakup. "We ultimately want what is best for us in the long run and for us right now, that means being apart and growing individually." For her part, Kristian posted the exact same message on her own Instagram account as well, showing that the two of them were presenting a united front on the matter and bared each other no ill will, despite the fact that they are no longer a couple.

So what has Demi been doing since then? Back in November, she announced on Twitter that she had started going to therapy, hoping that it would help to further get rid of the stigma surrounding mental health. "I made a big step yesterday and I went to therapy for the first time, she tweeted. "I didn’t want anyone to know, but I realized there is no shame in asking for help and working on my mental health. It felt good to let my guard down. Take care of yourself."

Demi has also really been leaning into her Bachelor fame by perfecting the art of Spon-Con. Her social media is flooded with various ads and partnerships, ranging from SHEIN to Colgate teeth whitening. Not to mention how connected she's stayed with various Bachelor alums. She remains very close to Hannah Brown and even cheered her on from the sidelines on Dancing With The Stars.

Nick Viall has become a close friend of Demi's as well throughout the past several months. In fact, many fans speculated whether or not the two of them were dating, though they've both denied the rumors. "Demi is a close friend. She's a dear friend We've become very close," Nick said about their relationship on his podcast Viall Files back in November. "I care very much about her." So much so that they even attended the 2020 Golden Globes together.

Needless to say, Demi continues to remain true to her self and is currently living her best single life for the time being. And now she's gearing up to host a group date for Peter Weber's remaining contestants. Clearly this girl can't stay away from the Bachelor franchise for very long — and we, as fans, couldn't be more grateful.