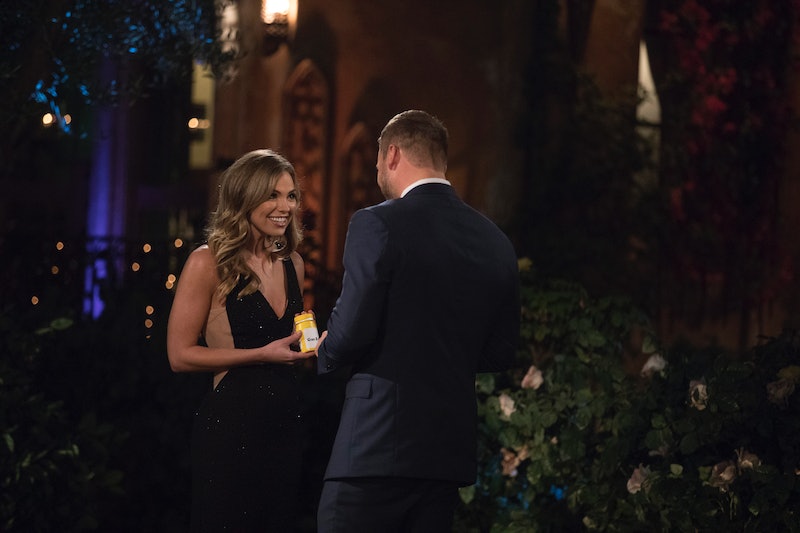 Many Bachelor contestants aspire to stardom, and some have already made their way to Hollywood and starred in a production or two. One of the new contestants on Colton’s season of The Bachelor, though, is used to a different kind of stage — Bachelor contestant Hannah B. is a former Miss Alabama who is used to the glaring spotlights of the pageant circuit. If she can handle that kind of pressure, surely Hannah B. can handle being on The Bachelor with 30 other women, no?

Hannah B. was crowned Miss Alabama USA 2018, only giving up her crown in November 2018 to pass onto the next winner. According to Alabama Newscenter, Hannah got into the pageant world at age 15 because she was looking for scholarships, but she liked the ability to share her talents and develop public speaking skills and outreach programs. According to her ABC profile, Hannah B. is a native of Tuscaloosa, Alabama, and she is a big-time fan of the Alabama Crimson Tide (Roll Tide, as they say). She’s a recent graduate of the University of Alabama, and when she’s not watching Alabama football games, she works as an interior designer. More fun facts include that Hannah B. loves country music; chivalry, and board games.

Of course, everything is Hannah’s life isn’t sunshine and roses. In an interview with Alabama Newscenter, Hannah spoke about her struggles with anxiety and depression. “I can remember times where I didn’t want to get up,” she said. “I am here to encourage people and to be like … hey, I’ve been there, but here I am today. … I’ve been in a dark place, but there is light in the darkness.” Hannah B. has worked through her depression, and she wants to help others do the same. “We all have struggles. To say every day is easy, it’s not. … But to be able to talk about that, and to be able to be honest about that is the best way to be able to solve this issue,” she said.

Hannah’s Instagram shows the life of a normal-ish twentysomething woman. She poses with babies, she takes selfies, and celebrates her friend’s engagements.

She also models occasionally, even if it is for a wedding shoot when she is not getting married (at least, not yet).

The women of The Bachelor tend to walk away with better friendships than relationships, on account of them all competing for one dude but having many opportunities for friends. Hannah B., it seems, may already be going in The Bachelor with a friend already! According to Bachelor spoiler extraordinaire Reality Steve, Hannah B. is pals with contestant Caelynn Miller-Keyes. Caelynn was Miss North Carolina 2018, and she and Hannah B., according to Steve, roomed with each other during Miss USA. I bet all of the women on The Bachelor wish they had a pal to soften the craziness of filming.

Is Colton into the pageant queen type? He and Hannah certainly could hit it off and Roll Tide into the sunset together. For now, we'll just have to tune in and see where The Bachelor goes.