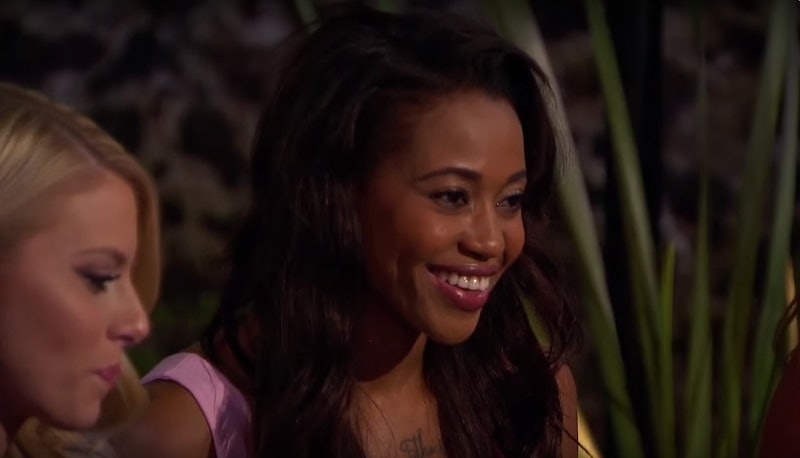 On The Bachelor, Jubilee was known for being the sassy ex-military woman from Florida who was ready to shake things up, and she actually made it pretty far in the competition. She also shared the heartbreaking story of what happened to her family before she was adopted; her entire family died in Haiti except for her sister, and Jubilee had to leave her because she was too sick to be adopted along with her. Obviously, something like that has shaped her entire worldview, and it was clear from the start that Jubilee is such a strong woman because of everything she's had to go through in her past.

Unfortunately, things didn't work out between her and Ben, but that wasn't the end for her time on The Bachelor franchise. The following summer, she ended up on Bachelor in Paradise.

Sadly, she didn't end up finding her soulmate in paradise, either. When she first arrived, she went on a date with Jared Haibon (who is now engaged to Ashley Iaconetti, against all odds) and stirred up drama immediately, and before long, she left the show without a Neil Lane ring. It didn't seem to bother her much, though, because Jubilee seems to be having a blast — at least, according to her Instagram.

Case in point: this photo. It's a lot like many of the ones she's been posting lately, because it looks like she's been spending most of her summer living her best life on the beach. Seems like she should feel right at home now that she's in Mexico!

And so far, it seems like Jubilee is having a pretty good time during her second round on Bachelor in Paradise, even if she's only been around for half of an episode. As soon as she arrived, she asked John to go on a date with her, and they seemed to have a blast together, going ziplining and getting to know each other over a meal. That's when she found out he was the guy behind Venmo, and they both ended up bonding over the nerdier sides of their personalities. Whether or not they find a romantic spark — and judging by their make out sesh, it seems like they may have — it looks like at the very least, Jubilee's found a fast friend in Paradise.

It'll be fun to catch up with Jubilee after she's had a break from the franchise for awhile, especially since BIP is such an awesome environment for people to let loose. This girl is a total catch, and she deserves to find someone awesome in paradise, whether that person ends up being John or not.