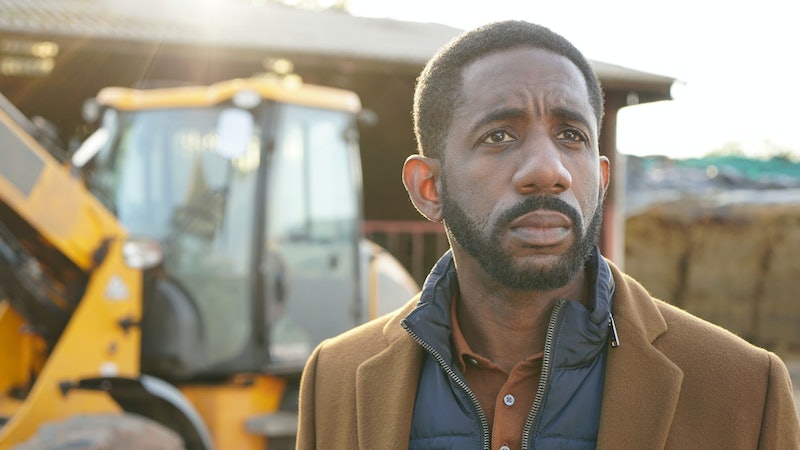 Tuesdays might not be the most exciting day of the week, but BBC One has made these evenings just a little bit bright with the hit Welsh drama Keeping Faith. The series returns for its fourth episode tonight, and boy is the drama flowing. While I'm looking forward to see where the story goes this episode, I can't help but feel that I've seen the actor who plays DI Breeze in something before. So who is Rhashan Stone, and what other shows has he starred in?

Born in Newark, New Jersey, Stone "grew up touring America with his mother, Joanne Stone, a soul and jazz singer," the Evening Standard reports. Growing up, he didn't know his father, and when his mum met English singer Russell Oliver in the mid-70s, the trio moved to the UK where Oliver became Stone's stepdad. "The only place they could live together was London. It was the most liberal place in the world. So that's why I'm here."

Stone was six-years-old when they moved, and Joanne and Oliver went on to form the duo R&J Stone. The couple would later perform on Top of the Pops, but his mum sadly passed away a few years after this when Stone was 11-years-old.

Stone continued to live in the UK with his stepdad and went on to study at the Mountview Academy of Theatre Arts in Peckham. The actor's first job out of Mountview was for the Royal Shakespeare Company, which is where he met his future wife and fellow actor, Olivia Williams. As Williams told the Evening Standard, they exchanged phone numbers but didn't go on to date until a mutual friend set them up seven years later. "They were married with a baby within 18 months," the publication writes.

After studying at Mountview and working at the RSC, Stone went on to work "extensively [...] in theatre, film, and television", in projects such as Holby City, Casualty, Bodies, Black Mirror, and Episodes. He also performed in musicals like Five Guys Named Mo and Sweeney Todd.

"I didn't know what a musical was until I went to drama school. People would say 'Seven Brides and Seven Brothers', and I'd just say, 'I have no idea what you're talking about'," he told the Telegraph in 2004. "But, because I could sing, it meant that no one who was doing a straight play would touch me with a barge pole."

Stone is also a writer, which has been a passion since he was a child. "At school I was told that writers were born and that I didn't have a talent for it; why didn't I do something to do with sport or music?" the actor told the publication.

As of 2012, Stone is also on a "semi-autobiographical" screenplay, as the Evening Standard writes. "Sometimes I write stories that are about ideas so far away from my life, while others are right here [touches his heart]."

For now, you'll be able to see Stone shine as DI Breeze in Keeping Faith. "There's an honesty in Keeping Faith that I love. It feels authentic," Stone told the BBC. "It's about ordinary people trying to do their best but somehow messing it all up along the way. The tiniest of lies lead to the most tragic events — nobody is perfect. It's beautifully crafted but not 'slick', truthful but not 'worthy'. I just found it compelling."

Keeping Faith continues tonight on BBC One at 9 p.m.