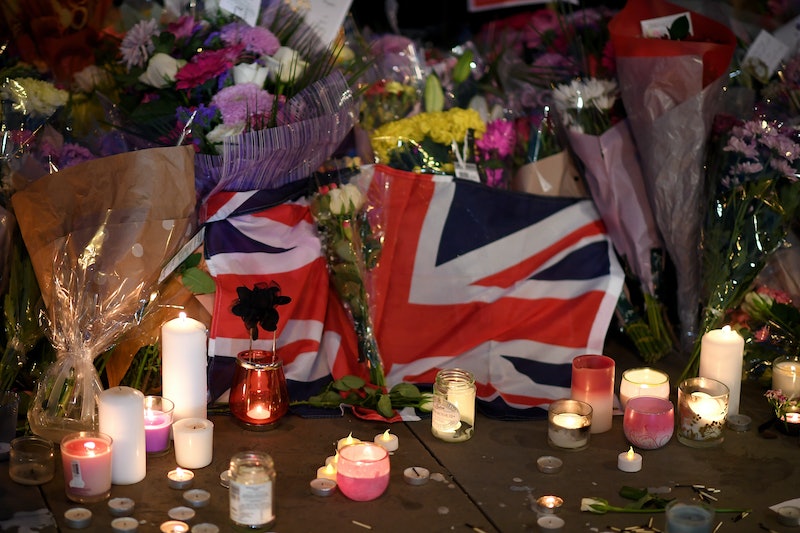 On Tuesday, various news reports identified Megan Hurley as a victim of Manchester Arena attack, which took place on Monday night during an Ariana Grande concert. According to Metro UK, Hurley's age was not immediately clear, but she may have been a student at Halewood Church of England Primary School, which would likely make her age 11 or younger. Hurley was one of four victims identified in the day after the tragic explosion.

In response to Hurley's tragic death, a woman named Helen McDermott launched a crowdfunding page in her memory on Tuesday. According to the JustGiving page, McDermott sought to raise money "to help fund a beautiful send off for Megan, who was taken far too early due to the awful attacks at Manchester Evening News Arena." In just nine hours, the crowdfunding effort had exceeded its goal, raising more than $4,000 from 209 supporters.

McDermott did not disclose her relationship to Hurley on the JustGiving page, but according to her profile, she hails from Halewood, Liverpool, in the United Kingdom; Hurley was also reportedly from Liverpool. McDermott seemed to be connected somehow to Hurley's family, writing on the JustGiving page that "the family are completely overwhelmed" by the support.

Hurley's death represented the large toll that the attack took on the concert's young audience. Like Hurley, one of the first identified victims was eight-year-old Saffie Roussos, who reportedly attended the concert with her mother and older sister. In total, more than 20 people were killed and more than 50 others were injured, including Roussous' sister and mother.

As of Tuesday night, only two other fatalities had been publicly identified in the horrific attack. Georgina Callander, 18, was from Lancashire, a county just northwest of Greater Manchester. John Atkinson, 26, was from the nearby town Radcliffe; like Hurley, a crowdfunding page had been set up for Atkinson's family.

In response to the death toll and the attack that caused it, the city of Manchester reflected on Tuesday. A large vigil took place in the city's Albert Square, located less than a mile from the arena. People left tokens of reflection around the city, including flowers, votive candles, and encouraging signs. Meanwhile, cities throughout the country — including Liverpool, London, and Oxford — also held vigils to honor the victims.

As of Tuesday night, many victims remained unidentified. Some individuals may have even remained missing, as parents and loved ones struggled to track down their children after kids had run away from the concert. In response to the serious attack, the U.K. government raised its terror threat level to critical, the highest level in its system.