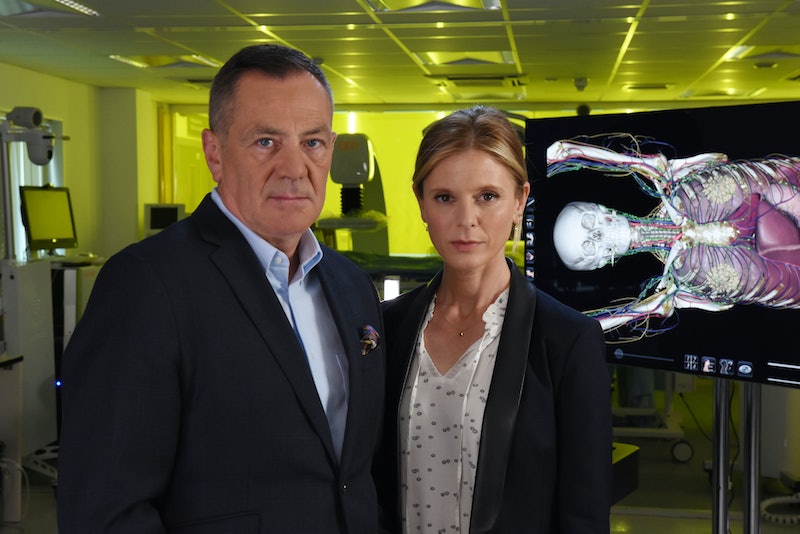 BBC/Jack The Ripper: The Case Reopened

There's no denying that people are fascinated by the minds of those who kill, and serial killers in particular engage the public's interest. The cases of Ted Bundy, Jeffrey Dahmer, and Aileen Wournos enthralled millions of people. However, one of the most well-known serial killer cases in history remains as cold as the heinous acts that were committed. However, BBC's new documentary Jack The Ripper: The Case Reopened intends to dig up the past and cover new ground, including providing details about who Jack The Ripper's victims were, where his crimes took place, and how all the evidence fits together.

OK, so, cancel all plans for the evening of April 4, because you are about to get your sleuth on. You and Emilia Fox, that is. Yes you heard me, the actress who stars in Silent Witness' badass lead pathologist is about the host a real-life crime show. Fox will be joined by leading criminologist Professor David Wilson.

The BBC's new documentary about East London's notorious murderer known solely by the nickname Jack The Ripper is taking a super old case and using super new technology to try and suss out who carried out these brutal attacks.

The show will also explore the lives of his victims in closer detail than we've seen before. The women Ripper killed have long been overlooked during discussions of this case, and are often described as prostitutes even though research shows that a number of the women involved were actually unlikely to have been sex workers. Between August and November of 1888, it is believed the Ripper killed five women in London's Whitechapel. According to BBC History, these women were:

But what will Fox and Wilson explore in Jack The Ripper: The Case Reopened that hasn't already been done? Well, what makes this show unique is that they will be looking at the traits of the Ripper using extremely cool modern technology. Guys — they have a digital autopsy table. The future is flipping here. Alongside their cool computer autopsy, they will be creating some of the Ripper's crime scenes and re-analysing them.

Fox and Wilson will also harness the full power of the police's modern and cool AF database, known as the Home Office Large Major Enquiry System (HOLMES). I say, what is that? Well, it's really quite elementary (sorry). HOLMES is this database that helps the police identify patterns in cases in order to find who has been carrying them out. And, according to the BBC, while using this technology, Fox and Wilson found results that "strongly indicate that Martha Tabram is in fact the first Ripper victim." This will be another avenue explored in the documentary.

I for one can't wait to see this brand spanking new investigation into a case that has left generations of true crime fans totally baffled. And with Fox at the helm, it's sure to be a documentary not to miss.

Watch Jack The Ripper: The Case Reopened on Thursday April 4 on BBC One at 9 p.m.