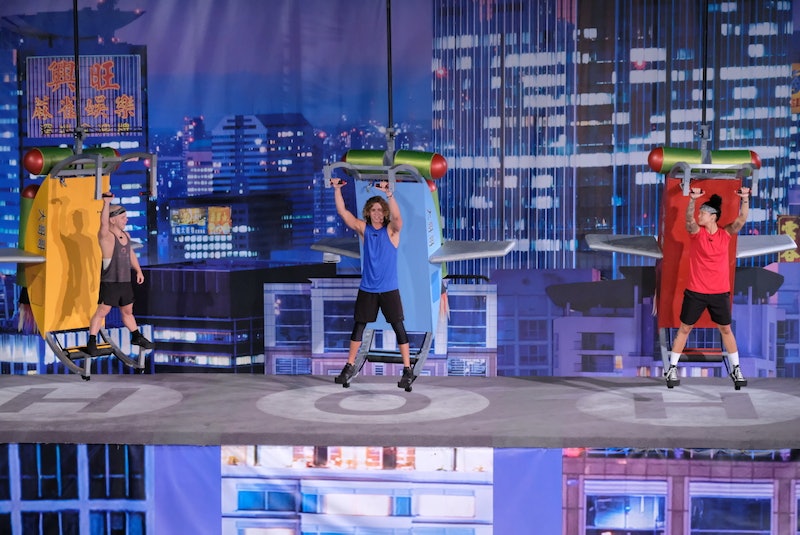 Spoilers ahead for the Big Brother 20 finale. On the finale of BB20 on Wednesday night, it was a tight race between two worthy contestants, but in a surprising turn of events, Kaycee won Big Brother 20. Most fans assumed that Tyler would come out on top since he dominated the competition the entire season, but the football player proved to be a fierce opponent. And while it was a surprising win, it was also historic. Not only is Kaycee, by all accounts, the first queer woman to win Big Brother, but there's only been one other woman of color to win the competition: Jun Song all the way back in Season 4.

Wednesday night's episode began with the final HoH competition, which involved three different games. JC was eliminated first, and while it was a close call between Kaycee and Tyler, she ultimately bested the lifeguard, then evicting JC. Many BB fans criticized Kaycee for doing this, since Tyler was a much bigger threat. However, Kaycee is loyal to a fault, and since she and Tyler had made a Final 2 pact early on, she felt compelled to stay true to her word. It was a risky decision that could have come back to haunt her, but luckily, it didn't.

This finale was mainly about jury management, and while some members were salty about how Tyler treated them earlier on (looking at you, Bayleigh and Brett), they agreed that game recognizes game. That's why Kaycee's win was so surprising, since some jurors (specifically Angela, though she's a bit biased) pointed out that Kaycee rode on Tyler's coattails for much of the season.

That being said, many jurors appreciated Kaycee's undying loyalty. And while that's proved detrimental in the past, her friendship with Tyler actually worked in her favor. What's more, Kaycee emphasized her social game during her final speech to the jury, which may have swayed some of them over to her side. And, as host Julie Chen pointed out, the decision ultimately came down to Bayleigh. Perhaps Tyler would've had her vote if not for backdooring Swaggy C, but it seems a fitting end to a shocking season nonetheless.

What's more, Kaycee deserved to win. Like she said in her speech, she never made any promises she couldn't keep, and she stayed on everyone's good side. That's rare in a reality show like Big Brother, where backstabbing and backdooring are the competitors' bread and butter. But Kaycee managed to both excel in the game and remain friends with virtually everyone on the show. And that's on top of winning this show as a queer WOC. Icon!

That being said, it could have just as easily gone the other way. Tyler has been a competition beast all season, and while he played it super cool in the house, he's secretly a Big Brother superfan (but then again, so is Kaycee). However, not all was lost, since the lifeguard ended up winning the title of America's Favorite Player — still a huge get. He also responded to losing with grace, immediately getting up to congratulate his friend on her win.

As many fans have pointed out, BB20 has been a particularly thrilling season with high stakes, high drama (who could forget Rockstar's fight with Brett or Kaitlyn's various outbursts?), and a high number of showmances. And at the end of the day, Kaycee's win was perhaps the most exciting part of a wild season. The woman who literally came out of the closet earlier in the show wearing a rainbow costume can now add BB20 winner to her trophy shelf (because she definitely has a trophy shelf, right?). Long story short, Kaycee Clark made history tonight. Let's go!