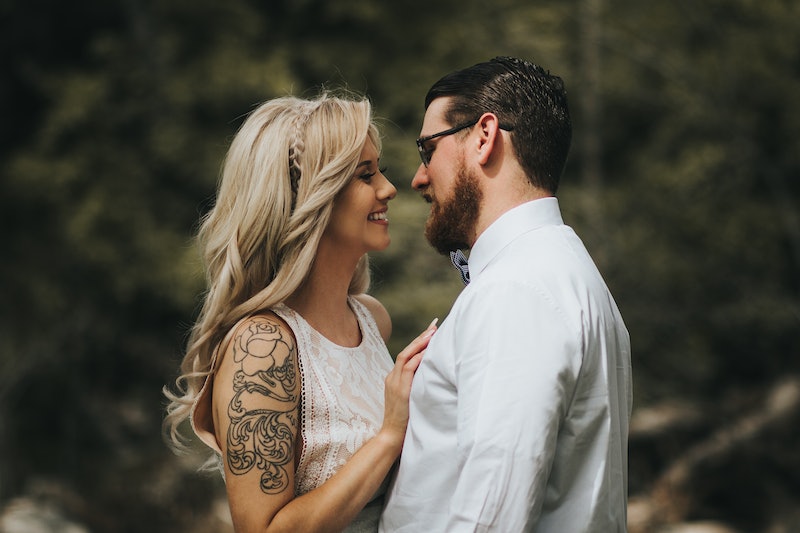 Ariel Lustre/Unsplash
By Kristine Fellizar
May 25, 2017

If you're single and looking for a long-lasting relationship, chances are you're likely to find "The One" right where you are — or at least the next state over. In a recent study conducted by TIME, where you live can predict who you're most likely to marry. And as weird as it may sound, some states are really just more compatible with each other.

"I think it is naturally easier to date someone that lives in close proximity," Nora DeKeyser, matchmaker and dating coach at Three Day Rule tells Bustle. "As a matchmaker in Manhattan, I had clients who weren't even open to matches in Brooklyn because it was too far. As a matchmaker in L.A., it's even harder to find matches in far distances (no one wants to get stuck in traffic!), to grow a relationship naturally, without the added pressure of 'What is she like in person, not just via text or Facetime.' So, it's just easier to date someone in close proximity."

TIME recently conducted a study of 115 million "interstate marriages," where both partners were from different states. For people living in each state, they looked at the most common "home state" of their spouse and compared it to the national average. As they found, people tend to choose spouses closer to home. In fact, many "soul states," which are paired states that have the most above-average rates of interstate marriages, tend to be right next to each other. Here are a few highlights from the study: