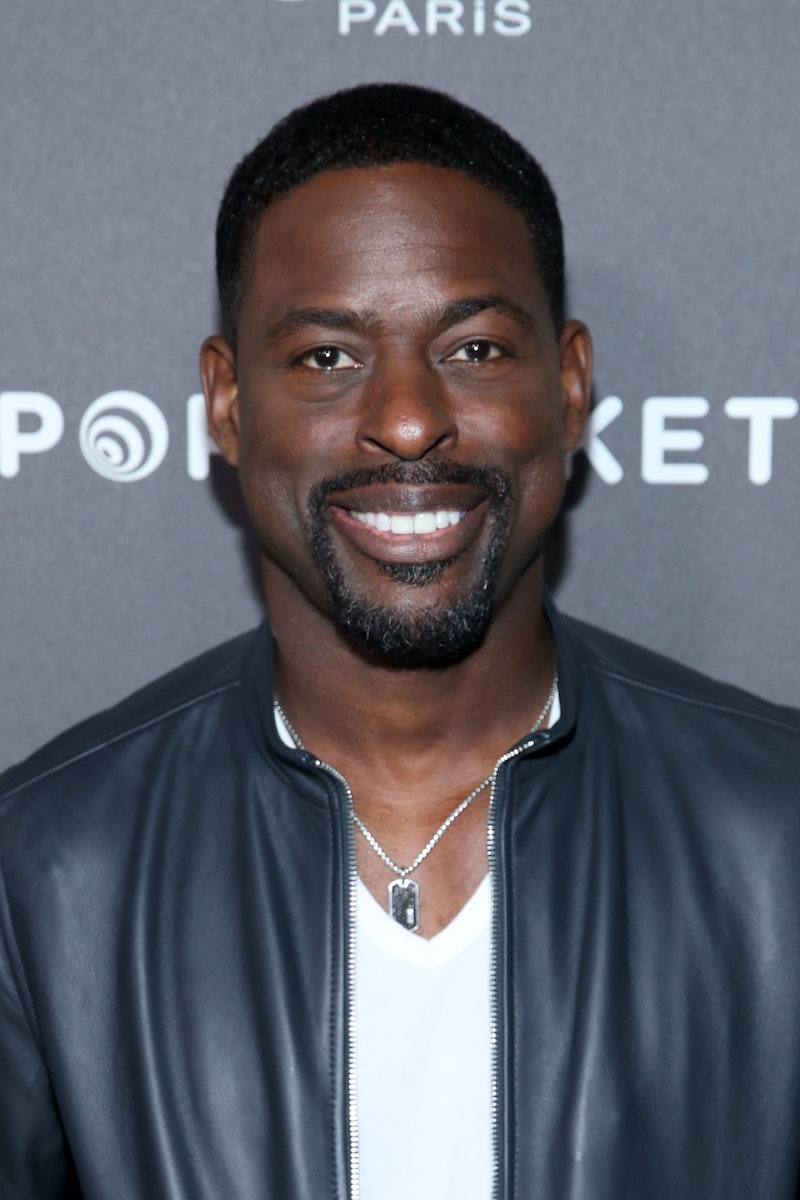 While there are a lot of standout couples on This Is Us including; Rebecca and Jack, Kate and Toby, and Zoe and Kevin, it has been Beth and Randall who have been true relationship goals for avid fans of the show. With the series now in its third season, the couple has, however, hit a rough patch and their marriage and I think everyone can agree that it's been pretty touch to watch it unfold. As it remains immediately unclear how things will end up between the two, This Is Us actor Sterling K. Brown recently offered a bit of hope for Beth & Randall's future, helping fans ease into what they can expect from the show's upcoming episode.

During the Paley Center's recent PaleyFest for This Is Us, Brown spoke on the overall dynamics of Beth and Randall's relationship, telling E! News, "We wanted them to have a relationship that was worth of the #Goals that people put in front of us, but also have it be earned."

The actor, who plays the role of Randall on the show, continued, explaining:

Beth and Randall have definitely had their fair share of issues in the past. Fans may remember the time Randall brought his dying father, who was a practically a stranger to everyone, to live in their home without really asking Beth. There was also the moment when Randall quit his job and decided he wanted to become a foster parent. Oh then there was also a challenging moment when Beth lost her job and openly called being married to Randall "not always a party."

While it all seemed so awful, Beth and Randall always seemed to pull through as the show's most perfect couple despite of many of theses obstacles.

Well, that is, until their current narrative entered and gave fans reason to believe that they may be headed for divorce. In their most recent storyline, Randall ran for and won a seat on the city council in Philadelphia, which is nowhere close to where they reside. Beth also decided to follow her passion and become a dance instructor, which Randall unfairly asked her to put on hold to stay home and take care of the family. And, perhaps, the most upsetting moment of all time was a recent moment when Randall asks Beth to skip an important work outing to join him at the City Council President's house for dinner. Beth is late and after trying to reach her by phone several times, Randall leaves a hurtful message telling Beth that she needs to grow up.

All-in-all, it's definitely clear that their recent career changes have put a lot of strain on their relationship, altering what once appeared to be a perfect marriage.

And although it seems we won't see a resolve between them, just yet, Brown's comments to E! appear to indicate that things won't be too heart-wrenching to watch — at least, for now.

E! reveals that viewers will get an in depth exploration into Beth and Randall's history in the upcoming March 25 episode of This Is Us, titled "R&B." During his chat, Brown told E! that although there will be a lot of highs and lows throughout the episode, "the majority of it is pretty joyful." "You'll smile a lot," Brown added.

But, beware that things definitely won't be all rosy. During the Paley event, Susan Kelechi Watson, who plays Beth on the series, warned that there will be some moments that may be hard for fans to watch. She joked, "We both come from a perspective, Beth's a little stronger," and also shared, "This episode she says some painful things too. It is what it is, it's the dynamic of a relationship."

As things continue to unfold between Beth and Randall, fans have no choice but to keep their fingers crossed that things will eventually work out for This Is Us' favorite couple.