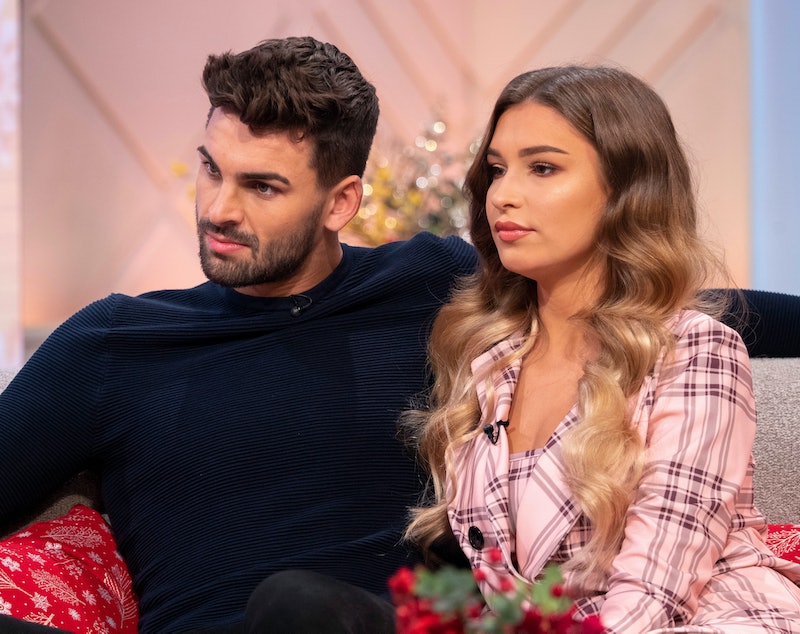 It has only been six months since Love Island 2018 left our screens, but news from Instagram reveals that another pair have called it quits, leaving only one couple (Dani and Jack) loved up. Zara McDermott and Adam Collard have parted ways after eight months together. But why did Adam and Zara split? Despite difficulties at the start, their romance flourished outside of the villa, and, honestly, it seemed as if Instagram was literally made for these two and their beach holidays. So what happened?

It was Zara who took to Instagram to announce the pair's break up. In an emotional message, the islander wrote: “I am heartbroken to announce that Adam and I have parted ways. I love him very much and will always have a special place in my heart for him and our time spent together. I have tried so hard to be the best person I can possibly be and to make it work. Sometimes in life, you just aren’t enough for someone; no matter what you do for them or how much you try to be.”

I have contacted representatives for both Zara and Adam to ask for further comment. Neither got back to me, but I will be sure to update you if they do.

The pair who defied all expectations on 2018's Love Island appeared to be having a great time together in Dubai a couple of weeks before deciding to part ways. Adam is yet to respond to Zara's or post anything on his social media.

The Sun reported that things between the Love Island pair were a bit unsteady earlier in February after Adam spent a night partying with Love Island co-stars and pals Sam Bird and Jack Fincham. The publication reported that, shortly after this night out, Adam returned to Newcastle to the relationship some breathing room.

A source told The Sun: “As a girlfriend it isn't always comfortable to see your partner partying with other women you don’t know. They ended up having a big argument over Adam’s antics and he’s since gone home to give them some space.”

Winners of Love Island 2018 Dani Dyer and Jack Fincham are now the last couple left standing from the Love Island 2018 intake. This comes after Megan Barton Hanson and Wes Nelson’s relationship came to an end only a couple of weeks ago, and Josh Denzel and Kaz Crossely confirmed their split not long after.

Speaking about Zara and Adam parting ways, a source told The Sun: “They were due to go on a romantic holiday to the Maldives together this week but will no longer be going. They did their best to work through their issues but at this stage there's no going back. They have since unfollowed each other on Instagram."

It is hard not to become completely invested in Love Island relationships. You watch them in their early stages, and you begin to really hope that they last. However, all I can say now is that I really hope that both Zara and Adam are happy.