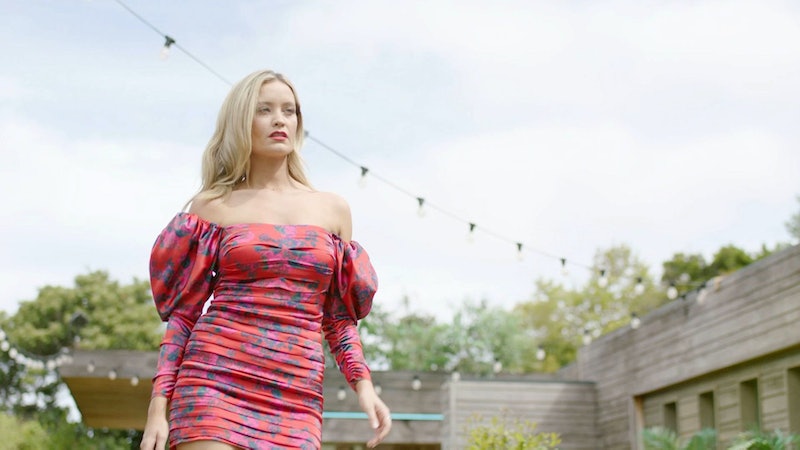 After what has felt like an agonisingly-long wait, new episodes of Love Island are fast approaching. The eighth season of ITV2’s hit dating show has got already got everybody talking, with fans speculating about the series’ official start date, the new villa, and more. If you’re looking forward to meeting the next round of Love Island couples or simply can’t wait for all the inevitable Love Island memes, you can find out all there is to know about the upcoming series, below.

As per The Sun, Love Island might return to our screens as early as Monday, June 6. Speaking to the tabloid, an insider claimed that the hugely-popular reality series is “coming back with a bang” and will be the longest in the show’s history, running for a total of 10 weeks. However, ITV has yet to confirm a release date for the hotly-anticipated new season.

Bustle has reached out to ITV for comment on the show’s 2022 air date, and will update this article with any new information once it becomes available.

Following the conclusion of the 2021 series, speculation that Love Island is moving from its idyllic Majorcan villa to a brand new location has been rife among fans. “This series is going to be the longest ever and it’s from a brand new location so it’s all very exciting,” an insider told The Sun.

ITV is yet to release any details regarding the show’s highly-speculated move. Although, what appears to be the brand Love Island new villa has recently been pictured. As per the Daily Mail, work has officially begun on the rustic Mallorcan property, which will reportedly boast six bedrooms, a gym, a swimming pool, and the all-important Love Island fire pit.

A source disclosed back in Jan. 2022 that show bosses believe “this is the right moment to refresh this element of the show.”

“Now they’re considering a range of options, but want to stay on the island which has provided the perfect sunny backdrop for the show,” the insider continued.

Elsewhere, ITV’s managing director of media and entertainment, Kevin Lygo, previously revealed that the broadcaster is “choosing a new house for this summer,” per Metro.

This wouldn’t be the first time Love Island found a new home. Back in 2017, the ITV2 juggernaut moved from a villa in Santanyi, Majorca to the show’s current villa in Sant Llorenç des Cardassar.

In a rather dramatic shake up, Love Island is swapping fast fashion for preloved styles with a new partnership with Ebay. Announcing the new collaboration via Vogue Business on May 19, executive producer Mike Spencer said: “We strive to be a more eco-friendly production, with more focus on ways in which we can visibly show this on screen.”

eBay UK’s head of fashion Jemma Tadd added: “The impact of Love Island and its stars across the UK is undeniable and together we want to inspire the nation to choose preloved first when shopping. Even if this means buying or selling one or two preloved items to start with, it’s a step in the right direction.”

On hand to help source preloved goods is celeb stylist Amy Bannerman, who called her new role – Love Island 2022 stylist – as “an all time career high” via Instagram. “Brace yourselves, we’ve found some gems!”

Details of the Love Island 2022 cast are also yet to be announced by ITV. Although, in a statement to Metro, the broadcaster confirmed host Laura Whitmore — who replaced the late Caroline Flack in 2020 — will be presenting the series.

“Laura will be returning to host the forthcoming series of Love Island,” an ITV spokesperson revealed in March 2022.

Meanwhile, speaking to The Sun, an insider also claimed that show executives were hoping for Whitmore’s return. “She is excited to be going back to the villa and seeing what dramas unfold,” the source added.

While exact details of the new season remain mostly under wraps, the first teaser clips of the 2022 series recently debuted on ITV, and appear to poke fun at the show’s reality TV rivals. In the short but sweet animated TV spots, Love Island owns its position as the “OG” reality-dating phenomenon, with phrases such as “Love, we own it” being spelled out with inflatable pool floats.

This article was originally published on April 8, 2022