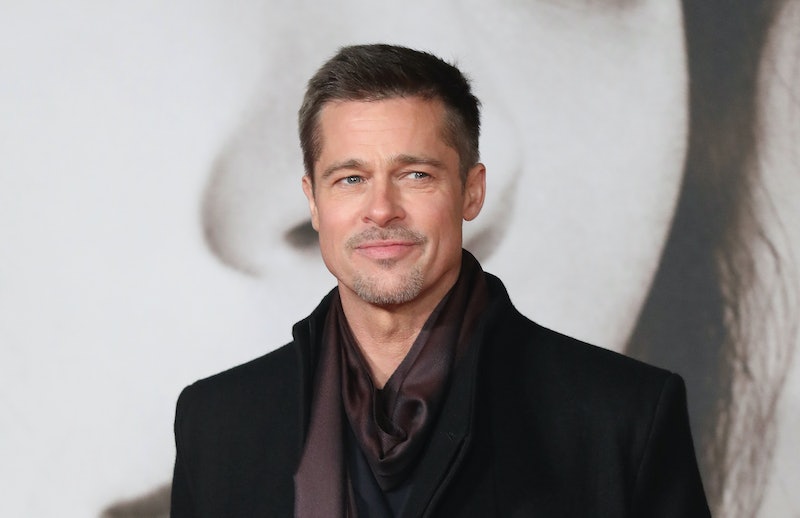 While I understand the allure of a movie star, didn't it seem rather odd that Brad Pitt presented Moonlight at the 2017 Golden Globes? Sure, he was the film's producer, but couldn't the Globes have found someone who was a better representation of the movie to present the film? With diversity in film being such a major issue, it seemed strange to put Pitt on stage to represent the Best Drama movie winner.

Pitt's production company Plan B, which he founded with his ex-wife Jennifer Aniston and Brad Grey in 2001, was behind the film Moonlight. And for a film that isn't a Hollywood blockbuster, having Pitt's stamp of approval and clout does help bring awareness toward a film. (Did you hear the audiences' very warm reception of the A-lister?) Yet, this drama about a young gay black man could have been presented by one of the movie's stars — like many of the other Globes-nominated movies were — to give more of a voice to its diverse cast and story. Having the white superstar Pitt present the film just continues to show how out of touch Hollywood can sometimes be.

To be fair, you could ask why Jake Gyllenhaal presented Deadpool, but when the stakes are so high with so few films about people of color being nominated for awards shows, the Globes should have had a person who could better represent the film speak about it. It would have been a great opportunity not only to increase diversity, but also to showcase fresh talent rather than give viewers Pitt for the umpteenth time.

More like this
Gassed Up Promises All Things Action, Risk, & Redemption
By Frances Stewart
Twitter Is At Odds Over Taylor Swift’s Possible ‘All Too Well’ Oscar Run
By Brad Witter
Revisit 1992’s 'A League Of Their Own Cast' Photos After The New TV Series
By Grace Wehniainen
What Is Ben Affleck's Net Worth? At 50, The Oscar Winner Makes 8 Figures Per Film
By Meg Walters
Get Even More From Bustle — Sign Up For The Newsletter