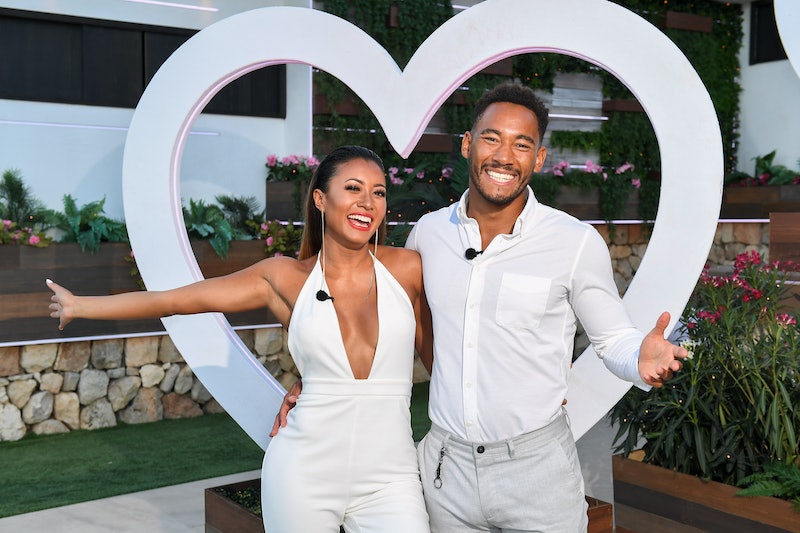 The summer of love is officially over. Sure, a reality TV show in which a bunch of strangers are made to "couple up" isn't likely to produce a great load of enduring relationships, but there are some break ups following the latest season that have really surprised me. This once-loved-up couple's demise especially shocked me. Josh and Kaz really seemed like soulmates when I watched them on Love Island over summer 2018, so what's gone wrong since? I need love to make some sense again, so I need to know, why did Josh and Kaz break up?

I won't lie, this one's really heartbreaking. While, as of writing, Josh has yet to officially confirm the split, Kaz posted a holiday snap of the two of them looking all loved night onto her Insta on Thursday, Jan. 31 with the caption: "Sometimes things don’t go the way you planned, but you have to be grateful for the journey. Thank you for everything especially showing me how to love myself again." Ah, man.

Josh has given his input — but only in emoji form — as he commented a sad emoji along with praying hands on Kaz's post. Wes, who suffered through a pretty complicated breakup with fellow Love Island-er Megan just recently, also chimed in: "Stay positive! Nothing but love for the both of you guys." Bustle have reached out to both Kaz and Josh's representatives, and will let you know any updates on the situation.

Nothing's been said about why the couple broke up, but I reckon that'll change really soon. There's already been a bit of drama, which might signal things to come, as some people have questioned Kaz's way of calling things quits. Victoria Sanusi, the culture editor for iNews (and Bustle contributor) tweeted: "Is this how people are breaking up now?" following Kaz's post.

Ellie Brown, who recently split with her Love Island boyfriend Charlie Brake, tweeted: "No it’s called just being mutual in the public eye because a public break up is hard and people have soooooooo much to say about things they don’t understand. The more positive Kaz and Josh are about each other the healthier it will be for both of them."

Kaz then screenshotted the tweet, posting it on her IG story, before Sanusi responded adding that: "My tweet wasn’t even to be shady. Was rooting for them most of the show."

According to the Mirror, Josh and Kaz's breakup has been a long time coming. The paper's allegedly heard claims that, despite being seen loved up in Jamaica and Miami just weeks ago, the pair had actually already parted ways, but still had to take the trip since it was part of a media campaign for Sandals. The price of public love, eh?

There's a multitude of factors that could play into the breakup here, but I reckon Kaz and Josh's conflicting schedules might have played a big role. Josh wasn't able to make the Love Island Christmas Reunion because of a presenting job in America, Cosmopolitan reported back on Dec. 18, 2018. Kaz has also been incredibly busy, working on campaigns with both boohoo.com and kiss.

I have reached out to both and Kaz and Josh's representatives for comment on the situation. Josh's people got back to me, saying: "Josh and Kaz have sadly decided to part ways. They have asked for privacy in this difficult time and appreciate all the support they have received."