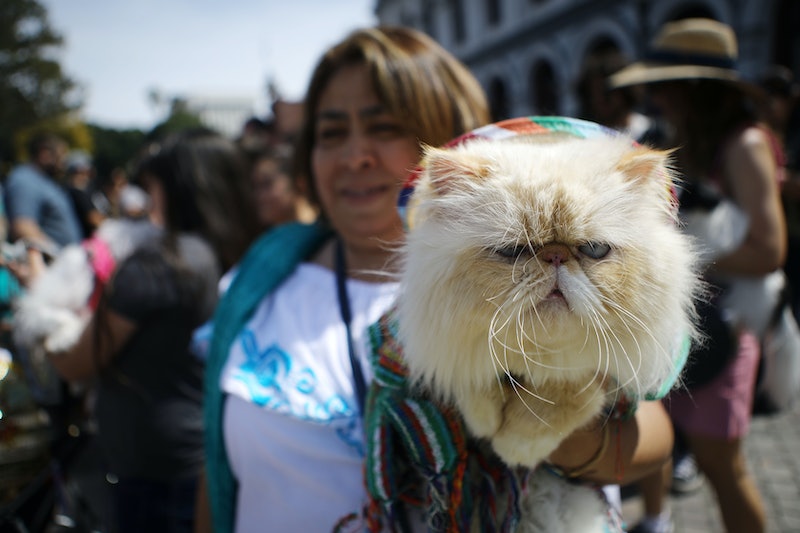 If you've ever wondered why cats do what they do, you're not alone. They're some of the most inscrutable animals in the pet kingdom, and some are weirder than others — my own tortoiseshell likes nothing better than to sit on a fence in the snow yelling at the wind, like she's a character in Game Of Thrones. Fortunately, however, some of their more apparently ridiculous behavior is easily explained, and may even be quite sensible (or at least vaguely logical).

If you're thinking of getting a cat for the first time, the first rule of Cat Ownership Club is to understand that you'll probably take a while to learn the rules of Cat Ownership Club. Every cat is different and the bizarre rituals loved by one cat would make another scream in indignation and flee to the top of the airing cupboard. Cats can be capricious, unpredictable, and apparently illogical, but they're often pretty entertaining. And some of their weirder traits, aren't actually all that weird. According to experts, there are some instinctual reasons why cats may be doing the things they're doing, so try not to freak out too much the next time your cat brings you a "present." They're just showing their love, right? Here are seven strange habits your cat may have, explained.