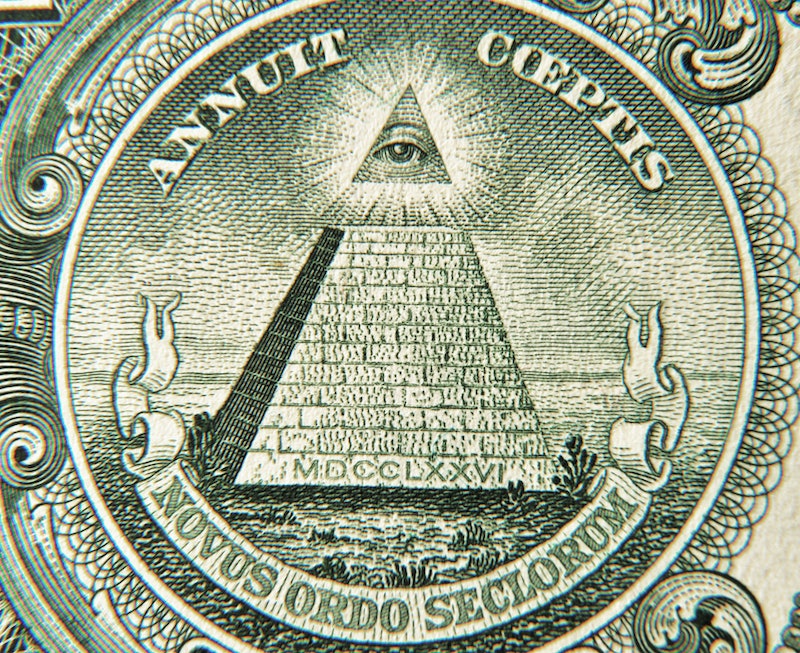 Today is Avril Lavigne's birthday. Or is it Melissa Vandella's? For those who don't follow Internet conspiracy theories, there's a certain section of Twitter that erroneously believes that Lavigne died in the 2000s and was replaced with a body double she'd hired to fool paparazzi. Melissa — the body double, of course — now lives as Avril and was the one who actually married the guy from Nickelback, according to this hilariously unverified claim. Sure, to you and me this sounds absolutely ridiculous, but there are people who do believe this, and a whole host of other conspiracy theories. But why do people come to believe in conspiracy theories in the first place? According to a new study published in the European Journal of Social Psychology, the reason is simple and actually pretty relatable: people just want to feel unique.

The study, titled "Too Special To Be Duped," is a series of three separate surveys conducted by researchers at Johannes Gutenberg University. They asked more than 1,000 people how much they valued distinctiveness. Then, they asked them how they felt about conspiracy theories. It turns out that according to this study, people who believe in conspiracy theories also have a high need for uniqueness, and adopting a wild conspiracy theory may be one way to stand out from your peers.