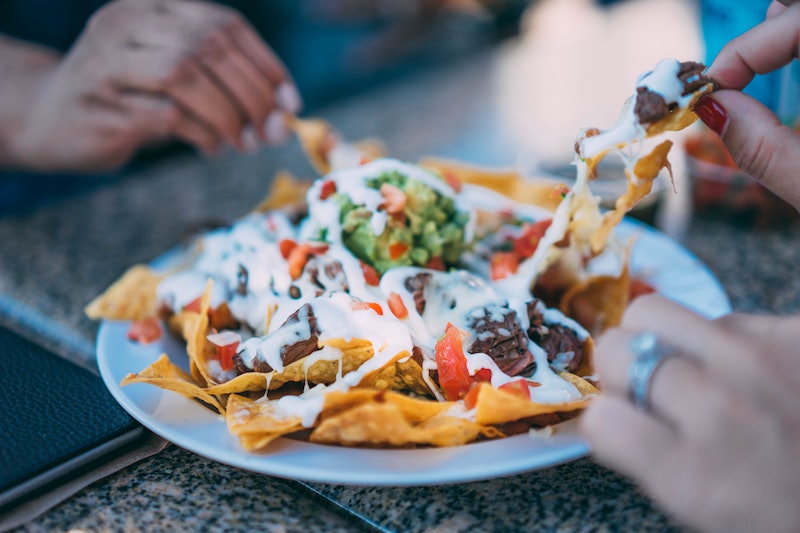 In a world where cheese reigns supreme, it can feel difficult to understand how anyone could possibly hate it. But the research is in, and the results confirm what some of us just can't comprehend: Some people hate cheese. In a world where people talk about being addicted to cheese, there are people who aren't just apathetic to the stuff, but actively dislike it — and now we can take a look at the science of why that is.

Interestingly, it isn't just a matter of culture or exposure. This study was actually conducted in France — basically the cheese capital of the world, where disliking cheese makes you extremely unpopular at a wine tastings. Here's how it all went down: Dr. Jean-Pierre Royet, lead author of the study, and his team recruited 332 people in France to explore how many people disliked cheese.

To start, they asked people how they felt about 75 different foods, then narrowed in on the cheeses by choosing 15 people who liked it, and 15 people who didn't. Then, these participants were placed in an FMRI machine so researchers could see how their brains reacted to the smells and sights of different cheeses. (Alas, the stimulus did not come in the form of people casually tasting cheese and giving their preferences as one would at a cheese tasting.) Interestingly, researchers presented participants with 84 different sights and smells, though in reality, there were only 12 foods, six of which were different cheeses.

Two of the researchers' findings are particularly intriguing: First, people who dislike cheese do respond to cheese. When you smell or see something that you like, such as cheese, typically the "reward" area of your brain is activated. This is your brain's way of telling you that yes, there is delicious cheese, or cake, or what have you available, and it will be awesome. Unsurprisingly, study participants who liked cheese experienced activation in this part of their brain. But participants who dislike cheese also had activation in the reward part of their brain, which is all kind of fascinating. Researchers aren't sure why, precisely, but it could be the result of social conditioning.

The second finding also has to do with the brain's reactions to cheese. We all know that our brains send signals to our bodies when we're hungry or experiencing a craving. For participants who dislike cheese, however, their appetites began to be suppressed when they saw or smelled cheese. This happened even in spite of their brains recognizing cheese as a "reward." As researchers explained it according to Thrillist, "The brain area that is normally activated when we are hungry, the ventral pallidum, was no longer activated" — meaning that participants could simultaneously recognize cheese as desirable (remember that whole social conditioning thing?), but not want it themselves.

Of course, this study doesn't explore how to get people to like cheese in the first place; it just explores the science behind why some people don't like it. It's easy to operate under the assumption that some people are just "picky eaters," or that they are not in the "mood" to eat a particular kind of food. But as this study suggests, our brains do react to food differently, even to the degree that exposure to food or smell might impact our overall appetites.

At the end of the day, food is super personal for a lot of people. The science behind why we like or dislike food is only another reason we should respect people's food choices, whether they choose to delve into that cheese plate — or not.