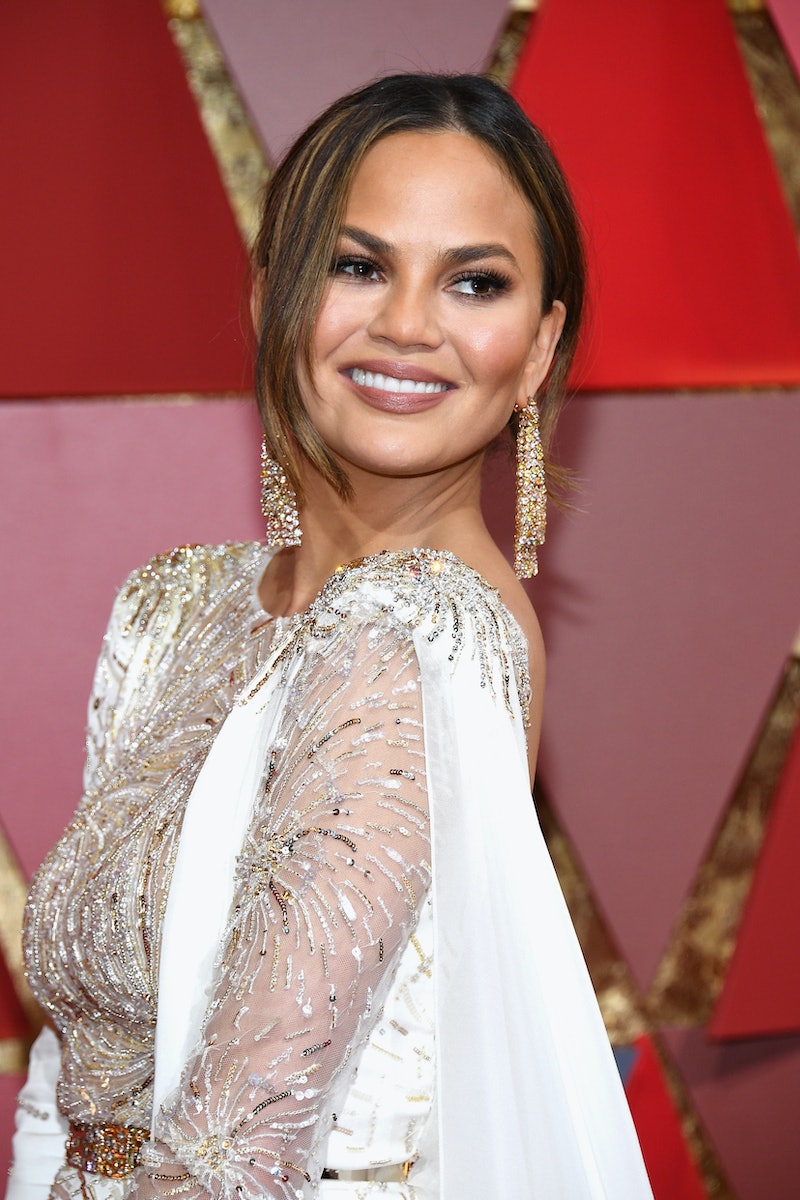 If you were on the internet during the evening of Dec. 26, 2017, you likely were witness to one of the most suspenseful events in recent Twitter history: the saga of Chrissy Teigen's plane ride. Over the course of several hours, 9.25 million people — and probably many more not following Teigen's account — sat captivated as the model/author live-tweeted the details of her increasingly dysfunctional trip, from the plane turning back around halfway to the Star Wars music inexplicably playing in the cabin. As the night went on, readers' jokes about Teigen's trip turned into jokes about staying awake to not miss any updates on Teigen's trip; everyone, it seemed, was as invested in Teigen's journey as if they were on the plane themselves.

It's not that the story itself was so remarkable. Sure, it was funny and strange — how did the passenger get on the wrong plane? Why did Teigen and John Legend get served ramen? — but so are plenty of other stories shared by celebrities on social media. What made Teigen's tale so popular was not its uniqueness or its actual details, but the simple fact that it was Teigen's tale — and when Chrissy Teigen decides to tell a story on Twitter, the world listens up.

It wasn't always this way. Although it might be hard now to remember a time when Teigen wasn't the unofficial Queen of Twitter, she's actually only been a major presence on the site for a few years. Starting around 2014, Teigen's tweets — with such gems like "I always have a note in my pocket that says "john did it" just in case I'm murdered because I don't want him to remarry #truelove #tips" — began catching on, elevating her from a successful but not particularly well-known model to a celebrity revered for her wit and just-like-you realness. As Twitter itself grew in popularity, so did Teigen, amassing millions of followers.

But even still, it wasn't until about 2016 when her tweets truly became huge. Last year, with politics and the state of the world uneasier than ever, Teigen's sharp, funny, endlessly quotable posts ("Donald Trump can't even spell the word 'politician'" is officially too literal of a joke," was one burn) acted as something of a salve. During an incredibly tumultuous time, we all know we could count on Teigen to lift our spirits with her hilarious, spot-on commentary.

And then came 2017. Teigen began this year as a well-liked star, but she's ending it as one of the most beloved celebrities around. And it's all thanks to her tweets (and Instagrams and Snapchats, which all go hand in hand). Over the last 12 months, Teigen's posts have become a bigger presence in our lives than ever before, with each new joke or comment made by the star automatically a must-read, and often a communal experience. When she needed ingredients to make banana bread, we all waited with baited breath to see who of her followers would come through; when she decided to get bangs, it was only after conducting a mock-serious Twitter poll with her fans. And whenever she posts photos featuring Legend or baby Luna, people react with a level of glee usually reserved for the babies of royals or Kardashian-Wests.

Part of it is due to the current political atmosphere. While 2016 was chaotic, 2017 has been, as we all know, a non-stop mess. And all throughout it, Teigen has been tweeting, summarizing so many people's feelings about the Trump administration, nostalgia for Obama, and so much more. She's captured the cultural zeitgeist perfectly, understanding when we need a funny joke to lift our spirits or a passionate rebuke of some controversial policy.

But perhaps more of it is due simply to Teigen's personality shining through in a greater way than in the past, due to the ever-growing popularity of social media. Teigen, through her tweets, gives us joy, and, for at least a few minutes, makes us feel better about our own lives or the state of the world. "People love Chrissy Teigen because she’s real," explains Rosa Heyman, the Social Media Editor for Marie Claire. "She shows her stretch marks on Instagram, she shows her bitchy side on Twitter... Whereas some celebrities appoint themselves to an untouchable status, Chrissy Teigen seems like a friend."

It's true; Teigen's tweets, especially those posted this past year, feel relatable in an authentic, unforced way. Whether she's making fun of her husband ("anyone else think @JohnLegend is a huge dick on #NBCTheVoice because he is," was one great tweet) or clapping back at mom shamers ("i dunno i can't find her," was her response to a user who once asked about baby Luna's whereabouts), Teigen always comes across as lovingly human. And that includes "flaws." Teigen doesn't hesitate to post about the things many other celebrities would hesitate to share, from the state of her stretch marks to her past relationship struggles to her postpartum depression. Teigen uses Twitter as an extension of her honest personality, and that lets fans connect with her on a deep, personal level. Through Twitter, she's become both everyone's celeb icon and imaginary BFF.

We get Teigen, and we love her for it. "She is very open about the positive and negative aspects of her life, stuff as simple as stretch mark photos, to infertility, to postpartum depression," says Roxi Barron, a copywriter for Vaynor Media and a self-proclaimed Teigen superfan. "People who struggle appreciate knowing others who share their pain. It's the same thing when we're talking about a break up, or if a friend and I both are having trouble fitting into a certain brand of jeans. You just feel closer to them."

There are other celebs who come off as relatable and funny on Twitter, like Ryan Reynolds or Anna Kendrick. But Teigen is just different, as 2017 has proved over and over again. Unlike other stars known for acting or singing or some other platform, Teigen's fame these days is intrinsically linked to her use of social media, and as such, that's the only side of her we get to see. The star's unparalleled use of Twitter has become her calling card, so much so that it's easy to forget that posting adorable photos of Luna and live-tweeting reality shows is not her actual career. If she were to delete her account, it'd be the equivalent of a movie star taking a break from Hollywood or an A-list singer stepping out of the spotlight instead of releasing a new album.

And unless Teigen ever decides to get off social media completely and retreat into private life, it's hard to imagine that her fans will ever grow tired of her. She's been a welcome presence in our lives for years now, but in 2017, she proved that she's a necessary one, too. Teigen's tweets add color into our world, and, more often than you'd expect, bring us all together, whether it's because of bangs, banana bread, or our need to laugh when the rest of the world is a total disaster.