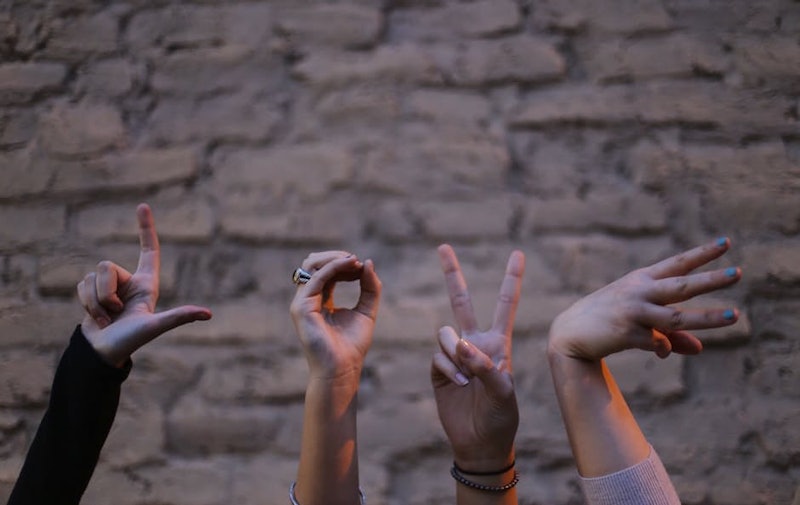 As International Women's Day approaches on March 8, it's time to start thinking about how you can participate. They've partnered with massive companies like Avon and Vodaphone, and there are so many ways to join in. In fact, this year's theme is #BeBoldForChange, encourages everyone to get involved.

Their site explains: "Each one of us — with women, men and non-binary people joining forces — can be a leader within our own spheres of influence by taking bold pragmatic action to accelerate gender parity. Through purposeful collaboration, we can help women advance and unleash the limitless potential offered to economies the world over."

And the thing is, this year it feels different. The way the Trump administration seems to want to systematically attack women's rights, at home and abroad, has given this year's celebration a different sensation. Knowing that your government is working against you and knowing that people who voted for him are celebrating your government working against you — it's made so many of us angry, sad, uneasy, but also inspired to take action more than ever before.

So if you've been finding the last few months as much as a mindf*ck as I have, try to channel that into something productive. So why is International Women's Day is so important this year? Because there's so much girl power— and we need it more than ever.

Part of the reason I want this year's IWD to be bigger and better than ever is that so many peoplere have already joined together to fight in the last few months. Look at the monumental Women's March and upcoming "A Day Without A Woman". "We're all rallying together. We're unifying," Breanne Butler, one of the Women's March global coordinators who has helped to organize more than 300 sister marches across the United States and overseas, tells Bustle. "We're uplifting the voices that have been marginalized for a long time, particularly in this past year, and we're coming together in one voice and making a strong statement to the upcoming administration: 'Hey, we're here, we're watching you. Welcome to the White House. We are not going to be silenced any longer.'"

The message, the passion, the huge effort that so many people put in — we need to keep the momentum going.

While it can be so disheartening to see how much seems to be going wrong for women in the world, it's so important not to become too desensitized. We need to keep remembering how much needs to be done. Some of the movements made by the Trump administration, like the reinstatement of the Global Gag Order, is going to have devastating consequences.

"Each and every day, 830 women die from pregnancy or childbirth-related complications," Debra Hauser, President of Advocates for Youth, tells Bustle. "Most live in developing or low-income countries where this policy takes effect. In fact, in low income countries complications from pregnancy and childbirth-related causes, including unsafe abortion are one of the leading causes of death for young women ages 15-19. Each year at least two million women undergo unsafe abortions and tens of thousands die from them. United States policies such as the Global Gag Rule are complicit in these deaths."