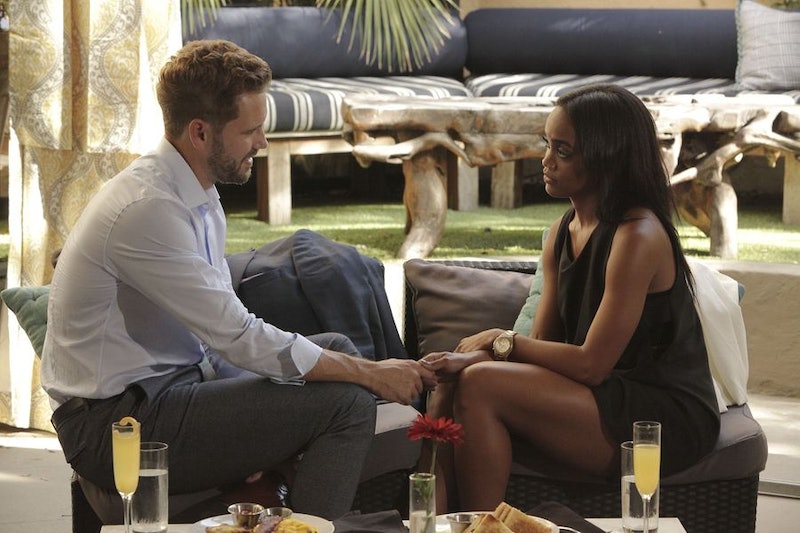 Rachel Lindsay (who is the new Bachelorette, spoiler alert) made it to hometown on Nick Viall’s season of The Bachelor, and Nick got to meet her whole family! Well, there was one notable man missing — Rachel’s dad, Sam Lindsay. Since Rachel and Nick had spoken so much about Nick meeting her dad and what he would say and what he could call him, etc., I was a little surprised when Mr. Lindsay wasn’t there. Why isn’t Rachel’s dad on The Bachelor?

Rachel’s talked at length about her dad, Sam, and he’s a federal judge in Dallas, appointed to the bench by then-President Bill Clinton in 1998. According to his page on the United States District Court website, Mr. Lindsay has a Bachelor’s from St. Mary’s University and a J.D. from the University of Texas School of Law. Lindsay is also a member of the State Bar of Texas and the Dallas Legal Association. Sounds like being in law runs in the family, huh? Mr. Lindsay is obviously a very intimidating kind of guy (at least when you're getting to know him), so it would have been nice if Nick could have sat down with Rachel's other favorite man. Rachel told Nick that her father couldn't be there because of "work obligations," and Nick seemed kind of disappointed. He had probably built up meeting Mr. Lindsay in his head and now he didn't even have to.

From a quick Google search, there's no official rule that bars federal judges from appearing on television, but I would understand if Mr. Lindsay didn't want to appear on The Bachelor for fear of it affecting his work. Being a federal judge is nothing to sneeze at, obviously, and perhaps he didn't think it smart to show his face on a dating reality show. Or maybe he just had a court date during The Bachelor date.

We know now that Rachel and Nick don't make it, since Rachel is the new Bachelorette. Will Mr. Lindsay be on The Bachelorette? We'll just have to wait and see.