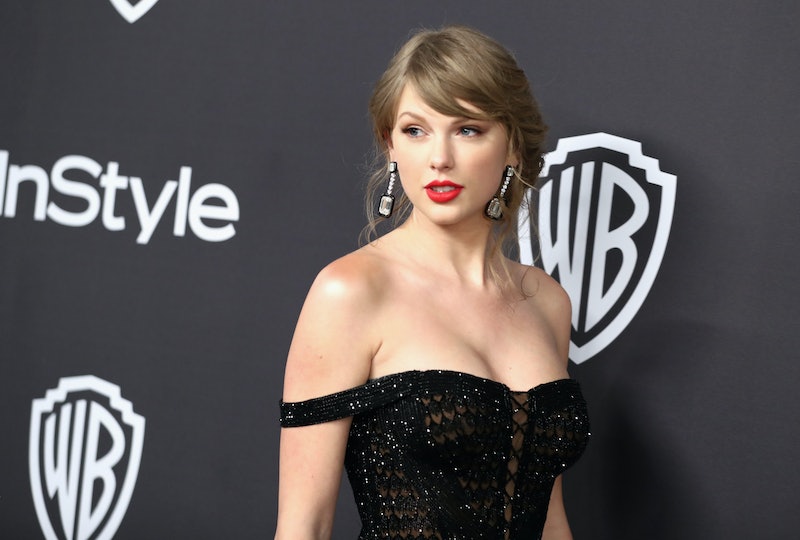 The 2019 Grammys are a celebration of the biggest achievements in music over the past year, featuring the music industry's biggest stars. But one of those stars appears to be absent. Her album Reputation captured the ears of the nation at the end of 2017 and her single "Delicate" was a radio mainstay during the summer of 2018, so why isn't Taylor Swift at the 2019 Grammys?

Almost a week prior to the ceremony, Variety reported that anonymous sources said that Swift would not be appearing at the ceremony to represent her sole nomination for Best Pop Vocal Album for Reputation. At first, speculation arose that she'd be skipping out on the Grammys to attend another awards ceremony. Feb. 10 is not only the date of the 2019 Grammys, but also the 2019 BAFTA Awards, during which accolades were handed out from the British Academy of Film and Television Arts. While Swift may not have contributed much to British Film or Television in the past year, her boyfriend Joe Alwyn was at the BAFTAs along with the rest of the cast of his film The Favourite, including nominated co-stars Olivia Colman, Rachel Weisz, and Emma Stone.

Us Weekly reported a few days prior to the dueling ceremonies that their anonymous sources claimed that Swift wouldn't be attending either of the events. However, on Sunday, Cosmopolitan reported that Swift appeared at a BAFTAs party to support Alwyn over the weekend. They cited fan tweets and blurry pictures from the event, but it's worth noting the photos don't show her face or definitively confirm anything.

Us Weekly reported earlier this week that "an insider" told the publication that Taylor Swift is too busy filming the upcoming movie adaptation of the stage musical Cats in London, in which she is playing the role of Bombalurina to attend the Grammys. However, it seems that Cats filming did not end up interfering with the BAFTAs, which comparatively is right around the corner instead of across the globe.

This isn't the first time Taylor Swift has skipped the Grammys in recent years. She hasn't attended a Grammy ceremony since 2016, when she was nominated for seven awards and ended up winning Best Pop Vocal Album and Album Of The Year for 1989. Given the ample recognition that 1989 received, it's no surprise that Swift made time to attend the ceremony that year. Compare that to this year's ceremony, in which Reputation is up for only one category, and it becomes obvious why Swift might not have wanted to disrupt the Cats shooting schedule and fly all the way from London to Los Angeles to sit through a very long evening of awards that mostly aren't being given to her.

Though Taylor Swift didn't appear at the 2019 Grammy Awards, we can likely expect to see the superstar grace the stage when she drops new music again.