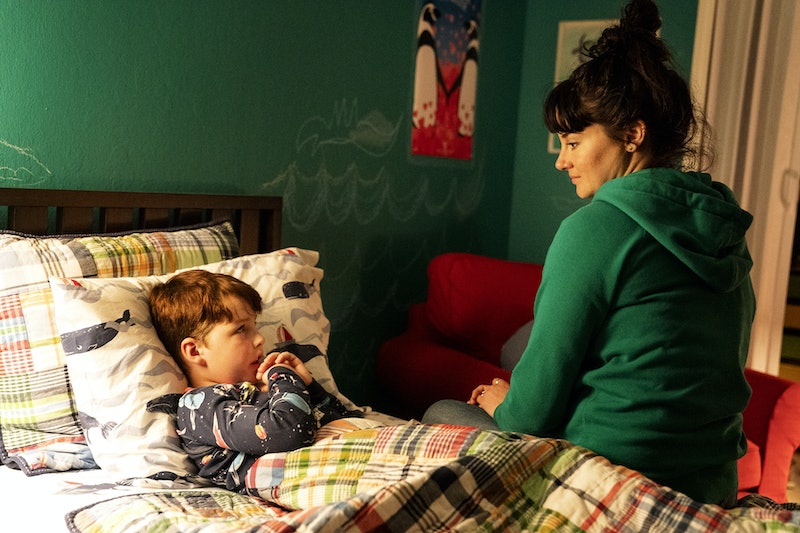 Buoyed by its Season 1 success and the addition of Meryl Streep, it seemed at first that despite the questionable necessity of a Season 2, Big Little Lies could almost do no wrong. In Season 2, however, a lot has changed, and a lot of the simmering tension and immediacy of the characters' pain has been forgotten. Despite giving us a mic-drop courtroom battle between all-time greats Streep and Nicole Kidman, Big Little Lies' Season 2 finale seemed to offer little else aside from a war of words. However entertaining that was, the real disappointment is that it came at the expense of the character growth of two characters whose moderately interesting stories could have been so much more compelling: Zoë Kravitz's Bonnie and Shailene Woodley's Jane.

As a show that's at its best when its core cast is sharing scenes, Big Little Lies suffered by siloing its main characters into separate storylines this season while Nicole Kidman's Celeste and Streep's Mary Louise dueled in family court. Madeline (Reese Witherspoon) and Ed (Adam Scott) finally confronted the troubles in their marriage, while Renata (Laura Dern) lost all her hard earned money due to her husband’s stupidity. Jane, meanwhile, tried moving on from her trauma after witnessing the death of her rapist — Celeste's husband Perry — at the hands of her friend, and Bonnie became a shadow of herself after pushing the man in question to his death. Though Madeline and Renata were certainly grappling with very real financial and marital struggles, the deep trauma of Jane and Bonnie's situations often seemed incongruent as B- and C-plot fodder next to Madeline's plucky rage and Renata's meme-worthy one-liners, which is perhaps why both characters were eventually relegated to the sidelines.

These divergent storylines made it difficult for the show to bring the women together, but the creators did so anyway, imposing on them a mutual solidarity that was hard to buy, particularly in the season finale. They came together to support Celeste as she fought it out with her mother-in-law, but little space was afforded to show how each of them individually dealt with the events of Season 1. Much has already been written about how Season 2 failed Bonnie in particular, and it’s true that her character has been done an extreme disservice. But if the show is to move forward with a third season, there is also plenty of untapped dramatic potential to explore in the story of Jane, who entered the show masking her wounds, and who largely spent Season 2 addressing her trauma only when the larger Mary Louise storyline called for it.

Jane is the show’s most mysterious character, and it shouldn't be forgotten that she's also the one who sets the original plot in motion. In the suburbs of Monterey, where everyone wears their prestige and success on their sleeves, Jane enters with an erased past and a child in tow. There is little that people know about her, probably because there is little they want to know. As an audience, we learn through carefully curated flashbacks that Jane was raped, and has escaped to Monterey to begin a fresh start in a place where no one knows her. But her escapism is short-lived when her son is accused of hurting his classmate, forcing her to question her parenting and relive her trauma again and again. In Season 1, Jane even contemplates seeking out her abuser to shoot him in a heavy-handed sequence that the show never unpacks. There is so much unresolved about Jane’s feelings toward her abuser that Season 2 doesn’t bother to dwell on.

Perry’s death is hard on several characters, but it is hardest on Jane and Celeste. Jane escaped to Monterey to begin anew, but she has to reckon with coming face-to-face with her abuser, and learn to work on her trauma in the aftermath of his death. Yet Season 2 reduces Jane’s journey to an afterthought, only to be revisited in brief scenes between Celeste's grieving her abusive husband and the custody battle with her mother-in-law. Celeste's story is certainly traumatic and compelling, to be sure, but it left little room to explore what it means for Jane to date again and to be intimate again aside from a few short scenes.

For someone who kickstarted the show’s drama, Jane has very little effect on the narrative arc of Season 2. While the show does take a look at how Perry’s death sends Celeste over the edge, it immediately becomes besotted with a parenting fight between Celeste and Mary Louise. Bonnie is the only one who remains affected by the events of Season 1, but she's left to drift through this season in silence.

While Celeste and Madeline have both been to therapy to deal with their painful pasts, Jane’s growth and the processing of her trauma hasn't happened on screen. In Season 2, Jane is victim blamed by Mary Louise for the abuse she suffers. How does her character process this? How does Jane deal with parenting her son, who now knows the truth about his father? Like Celeste, Jane’s trauma has been integral to identifying the villainy of Perry. She suffers constant flashbacks and triggers to the night that she was raped. In Season 1, she is triggered by the sight of her own son. Unlike Celeste, though, her path to overcoming her trauma is never shared with us.

It’s possible that the behind-the-scenes struggle for creative control between Season 2 director Andrea Arnold and creators Jean-Marc Vallée and writer David E. Kelley contributed to this season’s muddled, abrupt exploration of both Jane and Bonnie's residual trauma. Those familiar with Arnold’s work, especially her most prestigious outings American Honey and Fish Tank, know her to be a storyteller who takes complex characters with painful backstories and leads them on a character-driven journey. That approach could have done wonders for Jane and Bonnie’s character growth.

A potential Season 3 is far from confirmed at this stage, and it would require the availability of all its leading talent. But if the show has to return, it would be incredibly meaningful to center the story on Bonnie and Jane. Perhaps the show could even inspire a spin-off that can visit Jane’s life before Monterey, or focus on Jane’s growing relationship with her son after Perry’s death. If Big Little Lies returns in any form, it would do well to remember how many people its exploration of trauma has touched. It's not just Jane and Bonnie who deserve conclusive, definitive endings that offer healing — it's the audience, too.